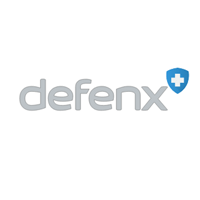 Set out below are the interims results for Defenx (LON:DFX) for the six months ended 30 June 2019.

“I and BV Tech remain fully supportive of Defenx and I believe that the Company has made significant progress in recent months, particularly with its next generation products.  I look forward to providing further updates as matters develop.”

Following our 2018 ‘reboot’ year, there have been a number of positive developments at Defenx in 2019, which I detail below.

In April 2019, the Company entered into a software distribution agreement (the “Distribution Agreement”) with BV Tech S.p.A. (“BV Tech”), the Company’s majority shareholder.  Pursuant to the Distribution Agreement, BV Tech has paid the Company €1.0 million for the sole right to sell Defenx products into certain sectors in Italy and committed to purchase Defenx’s products, with a minimum value of €1.2 million, to be received in a number of instalments during 2019 and 2020.

The €1.0 million ‘right-to-sell’ under the Distribution Agreement has been recognised primarily in the first half of 2019, with a small percentage being carried forward to future years, in recognition of an element of future obligation to maintain the software.

As a result, the Distribution Agreement has resulted in an upturn in revenues being recognised in the first half of 2019, though the Group still reported a small loss for the period.

The Board believes that investment in next generation products is also coming to fruition with products now available for sale to corporate and private users of computers and smartphones.  Marketing and sales to third parties are currently primarily being channelled through BV Tech, where several major contracts are being pursued, though these have not yet reached signature stage.

The Board is also pleased to announce that it has identified a candidate to lead the sales operations for our Swiss subsidiary (covering sales to the core markets of Switzerland and Italy) and we look forward to keeping you updated in this regard.

As set out in the 2018 Accounts, the Group continues to be reliant on the financial support of BV Tech.  In addition to the €1.0 million received pursuant to the right-to-sell, of the eight quarterly minimum payments of €150k pursuant to the minimum purchase for 2019 and 2020, three have been paid on time and the Company has also received advance payment on a further three, leaving €300k of the of the €1.2 million still to be received.

This demonstration of continuing financial support enables the Board to continue to view the Group as a going concern, whilst the Group seeks to builds its sales back to and beyond cash breakeven.

As we have previously disclosed, the sales leading to those profits and local capital values subsequently proved to be illusory and were almost all written off. Swiss tax law does not enable the carry-back of losses in subsequent years, but nevertheless, the tax demand under negotiation is exceeded by the tax provisions made in past years and still held in the Accounts.

The Company also notes that the Swiss tax authorities have indicated that they will seek to review the subsidiary’s 2017 and 2018 filings.

Strand Hanson has given the Company notice of its resignation as Nominated Adviser to the Company, such resignation to take effect at the close of business on 4 November 2019.

The Board is in talks with a number of potential replacement Nominated Advisers and will update the market in due course.

Board and senior management changes

Clive Eplett will be stepping down as the Group’s interim CFO in October 2019 and will be undertaking an orderly handover to his successor, Paul Williams, who has been appointed as interim CFO in his stead.

Tony Reeves and Nic Hellyer are currently in discussions with the Board, with regard to resigning as directors of the Company, but wish to work with the Board to enact an orderly handover, both to any newly appointed Nominated Adviser and, potentially, to any new director(s) to be appointed to the Board. Further announcements will be made as required.

The results for the first half of 2019 benefited from the one-off payment from BV Tech in respect of the ‘right-to-sell’ that will not recur.

Accordingly, sales in the second half of 2019 are unlikely to reach the level of the first half and a further operating loss is likely to arise for the full year.

You can read the full DFX archive by clicking the EPIC code.