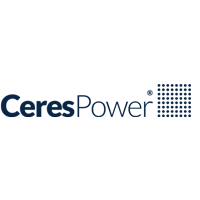 The trading update released by Ceres Power Holdings PLC (LON:CWR) this morning aggregates commercial news flow since the June 2016 year end. It highlights a company gathering real momentum and traction on its commercialisation journey, and a management team strengthening its reputation for delivering on stated commercial objectives. Just pre-Christmas, Ceres announced another large OEM deal, to develop, trial and launch a higher power (5kW-20kW) combined heat and power (‘CHP’) product in the business sector vertical. Due to its timing, this may have slipped through unnoticed to many. Along with Honda, Nissan and Cummins, this deal brought the number of contracted, blue chip OEM partners to 4 in 4 different verticals, keeping Ceres well on track to reach its stated target of 5 by CY17. At Dec 31st 2016, the Ceres order book stood at a healthy £4.8m. With revenue building, and a strong and growing pipeline of further potential OEM partners, including 3 signed evaluation agreements, we are confident Ceres will comfortably deliver our FY17 forecasts. Ceres is successfully executing its innovative platform commercialisation strategy.

Building commercial momentum, gaining real revenue traction. The purpose of today’s trading update from Ceres was to highlight to the market just how much the company has achieved with respect to the commercialisation of its disruptive, world-class technology platform over the last 6-12 months, and it achieves that purpose. A tripling in period on period H1 FY17 total income to £1.5m, a £4.8m order book at Dec 31st 2016, 4 contracted, blue-chip OEM partners in global growth mass markets including data centres and ‘clean’ automotive range extenders, and a growing pipeline of potential OEM partners in a number of markets. Ceres is building serious commercial momentum.

OEM joint development contracts with Honda, Nissan, Cummins and an unnamed large OEM in gen-sets, automotive, data-centres and commercial CHP respectively. Ceres continues to successfully build its contracted OEM commercialisation partner portfolio, both in and out of the public domain. The fact that large, global blue-chips of such stature are putting Ceres’s unique, steel-supported, solid oxide fuel-cell technology platform at the centre of their commercialisation strategies in some potentially very large global growth markets, is testament to the operational profile, performance and cost of the platform. Ceres has world-class core IP and unique technology.

Successful £20m equity fundraise has provided balance sheet strength and cash runway. In October 2016 Ceres Power Holdings PLC successfully executed a £20m equity fundraise, and the cash position at Dec 31st was circa £22m. The capital came from existing and new, blue-chip institutional investors. This was a key tenet of commercialisation, providing balance sheet strength for OEM partner contract negotiations, and funding Ceres through to a commercial position of strength.

Phil Caldwell, Chief Executive Officer said: “Ceres Power has significant momentum heading into the second half of the financial year. We have now successfully secured four development partners of international scale and credibility. We remain confident in our ability to meet our target of five partners by the end of 2017. Further technical developments mean we can target new end markets for our technology, including the fast growing Electric Vehicle and Data Centre sectors. We also signed our first ‘go-to market’ development agreement, bringing the prospect of product launches, and the associated revenue, ever closer. With 90% contracted revenues now generated in Japan, the US and Korea, Ceres Power is establishing itself as a truly international technology business. We look forward to the second half with enthusiasm and confidence.”