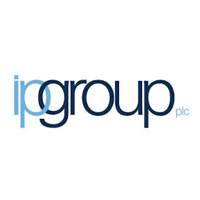 Doosan has established itself as a world leader in the fuel cell industry and is now adding Solid Oxide technology to its existing portfolio of fuel cell technologies. Doosan’s existing stationary fuel cell business exceeded 1 trillion won (c. $850 million) in orders for the first time in 2018, three years after entering the market.

IP Group currently holds a direct undiluted beneficial stake of 18.8% in Ceres, which announced last week that results for the year to 30 June 2019 would be ahead of market expectations following continued strong commercial activity.

Dr Robert Trezona, Head of Cleantech at IP Group, said: “We’re delighted to see Ceres Power go from strength to strength, adding another major partner, South Korea’s Doosan, to an already impressive list of blue chip partners such as Bosch and Weichai. Ceres, which is building a new £8m manufacturing facility in Redhill to meet demand, is a great example of how IP Group’s model of backing and supporting breakthrough technology can help companies scale.”

You can read the full CWR IPO archive by clicking the EPIC code.

Airtel Africa Results of the IPO of Airtel Malawi plc