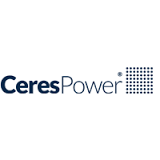 · Revenue and other operating income up 133% to £16.4 million with higher margin license activity delivering an improved gross margin of 75%

· Raised £77.1 million of new equity in the year from strategic partners and financial institutions. Cash and short-term investments of £71.3 million at 30 June 2019

· SteelCell® reached a key milestone of 60% net efficiency, twice that of a conventional gas engine and greater than that of a centralised megawatt-scale gas turbine

· Strong order book of £28.4 million and pipeline2 worth more than £50 million (as at report date)

2 Order book is the contracted commercial revenue and grant income scheduled to be realised in future years. Pipeline is contracted revenue and other income which management estimate is contingent upon options not under the control of Ceres.

“2019 was a milestone year for Ceres, which saw us double revenue for the fourth year running through significant license deals and secure our first commercial product launch in Japan later this year, while also approaching first production at our new UK reference manufacturing facility.

“We now have license agreements in place with four of the world’s largest engineering and power companies. Bosch and Weichai have chosen not only to partner with us but have invested in significant equity stakes, aligning them to the future success of our business and ensuring that Ceres is well-capitalised to deliver against its strategy.

“Global awareness of the role that fuel cells can play in tackling climate change and improving air quality is growing rapidly. The talent of our team and the quality of our customer partnerships give us increased confidence in the future prospects of Ceres and its long-term value to shareholders.”

A presentation of the results for analysts and institutional investors will take place at 09.00am today at the offices of Powerscourt, 1 Tudor Street, London EC4Y 0AH. A replay will be available on www.cerespower.com later in the day.