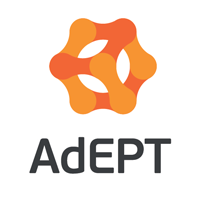 Q1: John, can you give us an update on recent trading since the interim results?

A1: We’ve just recently announced a trading update on the results to year ended 31st March 2018 and it’s quite an upbeat statement. The business has continued to trade strongly since the interim results, we obviously can’t comment on specific numbers at the current time because the audit of the year end results hasn’t yet been completed.

So, all in all, the trading is continuing very strongly in the period and we’ve got a confident outlook.

Q2: AdEPT Telecom have undertaken a number of acquisitions, can you give us an indication of their financial performance since acquisition?

A2: Yes, the business has undertaken a number of acquisitions over the last 24 months and the acquired businesses have continued to perform post-acquisition.

Probably the best indication of their performance is reflected in the deferred consideration payments that we, as a business, have made out which is linked to the post-acquisition performance for the 12 months since the day we acquired them. Comms Group which is the unified communications business based in Northampton, that one hit the maximum deferred consideration, and a bit beyond it, so we paid the full amount in July 2017. More recently, the Our IT acquisition which we undertook in February 2017, which is a commercial IT business based in Chingford and St Neots, that one also hit the maximum deferred consideration and has just been paid in full in April 2018.

A3: Yes, it has. As a group, we’re operating the same asset light business model across all the sites, whether it’s in telephony, unified communications or IT, we’re all very focussed on generating EBITDA and converting it into cash and that has continued. The best demonstration of that is at year-end, we had lower than forecast net debt at March 2018, even after taking into account the timing of the Our IT deferred consideration that was paid shortly after year-end, the net borrowings as a company were £300,000 lower than the market expectation.

So, nothing has changed in AdEPT’s business model, we’re still highly cash generative and we look to continue like that.

Q4: Can you give us an update on the progressive dividend policy?

A4: We are operating a progressive dividend policy and, as I referred to previously, we’re continuing to generate strong cash flow which we’ve been typically returning part of that back to shareholders through the dividend, with the balance either being reinvested in the business or reducing down the net borrowings. So, it’s a combination of those things.

In terms of the dividend policy specifically, in the trading statement we’ve just announced the recommendation of a final dividend of 4.5p per share which, subject to getting approved at the AGM, should be paid to shareholders in October 2018. So, if you take into account the final dividend plus the interim dividend, the total dividends for the year are at 8.75p per share which is a 13% increase year-on-year, so shareholders should be pleased with that return.