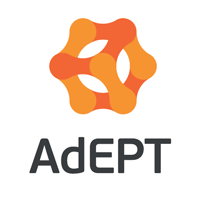 AdEPT Telecom plc (LON:ADT) Finance Director John Swaite caught up with DirectorsTalk for an exclusive interview to discuss their final results for the year ended 31st March 2018 and what shareholders should be looking out for.

Q1: It looks like another strong year for AdEPT Telecom with further transitions to managed services, can you give us a summary of the trading performance?

A1: Yes, well it has been another strong year for AdEPT continuing on the transition to managed services and what we’ve seen is that we’ve had a revenue increase, up 35% to £46.4 million over the prior year. A large chunk of that is driven through the acquisitions that we’ve done in the year but also the full-year contributions from the acquisitions we’ve done in the prior year, there’s also organic growth in that revenue number of around 3%. So, we’re very pleased with that.

Also, what we’ve seen is an increase in acceleration in the transition to a full managed service provider, managed services is now up to 70% of what we do which is in comparison to the 55% in the prior year. So, really starting to move that one whilst maintaining our focus on recurring revenue for products and services which we’ve maintained at 78% in the year. So, that’s been a key focus of ours to maintain that revenue visibility and stability with a continued focus on London and the South East in terms of the customer base. What we’ve actually seen is further growth in the public sector base of the business which is now up to 31% of the total revenue stream of AdEPT.

We’re continuing to focus, as a business, on the profitability down EBITDA level which we’ve seen increased 25% in the last 12 months up to £9.8 million but actually if you look at the run-rate, we’re at £1.5 million EBITDA run-rate because we’ve only got an 8 month contribution from Atomwide in the period. The EBITDA margin has also remained stable, we’re at 21% EBITDA margin which is well within our normal range and also a 26% increase of diluted EPS, up to 27.7p.

So, across all metrics there has been an improvement in the business year-on-year.

Q2: AdEPT is well known for its asset-light model and high levels of cash conversion, how has this continued and how is the cash being deployed?

A2: Yes, we are operating an asset-light model, as you say. In terms of capital expenditure in the period, it was less than 1% of revenue so we really are an asset-light model focusing on EBITDA generation and converting that into cash. In terms of the EBITDA to cash conversion, the operating cash flow was 81% of the EBITDA number so continuing in our normal range of 80-100% conversion and in terms of deploying that, we’ve been deploying out on acquisitions and dividends and paying down our debt facility.

So, back in August 2017, we acquired Atomwide Limited. Atomwide is the Chief Technical Partner for London Grid for Learning (LGfL) which makes it one of the largest IT providers in the UK education sector, supplying about 3,000 schools of which roughly 2,5000 are in London. So, there’s more than 2 million users of Atomwide’s education software and apps, they’re filtering more than 1 billion web requests every day, we’ve got the on-site datacentre which is hosting a lot of the information and we’ve also got software development team in there.

So, strategic fit wise, it had a great fit with the group and it provided some extra things that we didn’t have before. The business has performed well post-acquisition and in line with the targets and the forecasts that we set, it’s been fully integrated in terms of the sales and the finance perspective but what it has done is extended the group’s IT offering.

Now, we can provide both commercial and public sector expertise in IT which is what we’ve always had in the telecoms and unified coms, so it’s given us a fully-rounded offering now.

Q4: Yet again, another dividend increase was announced, can you give us any further detail on the progressive dividend policy?

A4: We have been following a progressive dividend policy and, in these results, what you’re seeing is a 13% increase in the dividend up to 8.75p compared to 7.75p in the prior year so that 13% increase represents payout of roughly 26% of the operating cash flow of the group. The policy that we’re applying is a progressive one and what you’ve seen historically is a payout ratio of roughly 30% of the operating cash flow so that’s the model that we’re following.

Q5: What can shareholders look forward to in future periods?

A5: Well, it’s largely going to be more of the same, sticking to our knitting, focussing on what we’re good at. What you’ll probably see is an increased transition; more towards managed services and continuing to focus on developing and winning new business in London and the South-East and also in the public sector. You’ll see us retaining and maintaining our high level of recurring revenue; around the 80% mark, keeping that asset-light focus on the business so that we are generating positive cash flow that we’re not having to keep reinvesting through capex, high free cash flow return of around 80% in the business and then we’ll either be investing that back into the business, into acquisitions, or returning it to shareholders via dividend.

Q6: When can shareholders expect the Annual Report and the AGM Notice from AdEPT Telecom?