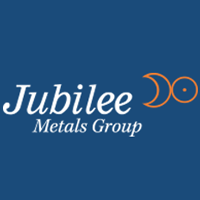 Jubilee Metals Group plc (LON:JLP) Chief Executive Officer Leon Coetzer caught up with DirectorsTalk for an exclusive interview to discuss their latest operational update, the positive impact of platinum group metal prices and what investors should be looking out for over the coming months.

Q1: Last time we spoke, this time last month, you‘d just released your six months operations update. Leon, can you just remind us of some of the headline numbers?

A1: So, a couple of weeks back, those numbers came out and indicated very very strong growth in earnings and in revenues and operational output especially driven by our vanadium, platinum and rhodium side of the business with those metal prices doing really well.

Importantly, of course, it also reflected, although only for the last 2 months of that period, our new PGM, platinum group metals, facility came up into operation. It really had an impact on our earnings, nearly 50% increase in earnings and nearly 35% increase in revenue so really reflecting the impact. We hadn’t planned for the metals to be at these prices but getting our timing right as we bought our new large PGM project on stream, it’s been bolstered by significant uptick in the value of the platinum group metals.

Q2: With the increased value in palladium and rhodium, how is this benefiting Jubilee Metals Group? What kind of impact is it having?

A2: To put it into perspective, in those six months results that came out for the end of December last year, and at the time roughly the gross value of this group metals which consists mainly of platinum, palladiums and rhodium’s, we were probably around the $1,300 an ounce.

Today, that has increased by more than $400-$500 in value and that for a company producing nearly 6,000 per month, a $400-$500 increase has a significant effect on our revenues and earnings for the company. In this period now, it reflects fully the impact of that Windsor PGM coming on stream, bringing its extra ounces into the portfolio of Jubilee.

So, as can be expected, our earnings and revenues have had a significant uptick, not only from increased production of PGM ounces but also  bolstered by significant further uptick in this year’s value that these ounces attract in the market right now.

Q3: Finally, what else should investors be looking out for over the coming months from Jubilee Metals Group?

A3: Very excitingly, Zambia is now coming into operation, we announced at the end of December last year that we has just bought the copper circuit in Zambia into operation.

We’re proud to announce that we’re making A grade copper, that’s very significant as it means the copper that we’re producing at our refinery demand a premium above LME prices. The copper that we’re producing there, that production will now be stepped up as we target a constant increase in the output of that facility. Our cobalt circuit is in commissioning at the moment so we have that to come on stream to compliment the copper.

All that has been done to ensure that that Zambian project comes into earnings upfront or very early in that project execution pipeline whilst in the background, we’re executing our zinc refinery strategy.

With all that in perspective, we only took control from the acquisition from Glencore of that refinery at the end of August last year and already, we’ve taken that refinery, brought copper on stream, about to bring cobalt on stream, zinc to follow and try to generate earning for the company in addition to the significant contribution, platinum, palladium and rhodium are bringing to our company.