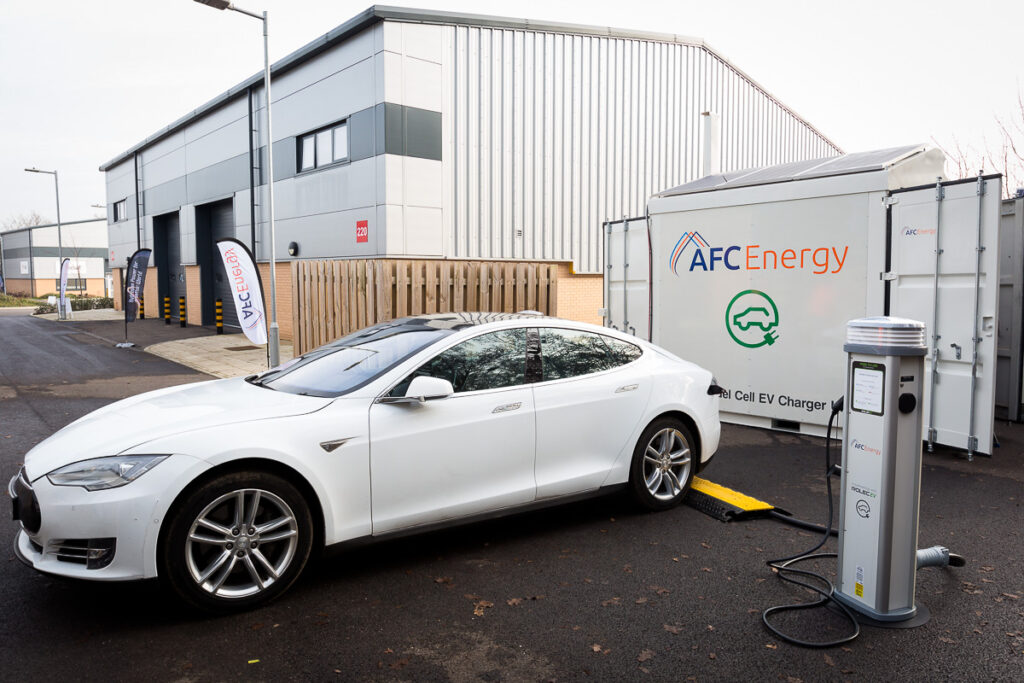 AFC Energy plc (LON:AFC), a leading provider of hydrogen power generation technologies, has announced it has signed a binding Agreement with BK Gulf LLC to support the immediate scale up of manufacturing capacity for delivery of its proprietary H-PowerTM fuel cell system.

·      BK Gulf, a wholly owned subsidiary of Middle Eastern conglomerate, Dutco Group, is one of the region’s largest specialist mechanical and electrical contractors.

·      AFC Energy and BK Gulf have signed a binding Agreement for the scale up in manufacturing capacity for the Company’s containerised fuel cell balance of plant.

AFC Energy and the Dutco Group commenced commercial discussions in November 2015 by signing a Heads of Agreement to review the potential for Hydrogen fuel cell deployment in the Middle East.  Since this time, both companies have continued to constructively engage in parallel with the growing worldwide momentum behind the use of Hydrogen as a key enabler to a decarbonised society.

Today, AFC Energy and BK Gulf, a wholly owned subsidiary of the Dutco Group, and former joint venture partner of Balfour Beatty in the Middle East, are pleased to confirm the signing of an Agreement whereby BK Gulf will commence immediate work on a full value engineering study into the configuration and layout of the containerised H-PowerTM system with a view to further cost reduction.

As a leading provider of containerisation engineering and fabrication, BK Gulf have a strong supply chain with procurement leverage to provide a value for money solution for AFC Energy.

Under the Agreement, BK Gulf will not only provide investment in time and resources into the value engineering review, but also create a full turn-key solution for the balance of plant which AFC will then assemble alongside fuel cell stacks, power conditioning and control systems.

BK Gulf’s Dubai based facilities offer material scope for growth with the potential for hundreds of systems to be fabricated on site as future demand for AFC Energy’s system grows.

Having investigated several suppliers, BK Gulf offered the most competitive solution, affording the highest levels of European standards in health and safety with a strong reputation for the quality of its work.

Based on the Company’s current commercial pipeline, AFC expects to place multiple orders of containerised balance of plant in 2021, including the ACCIONA project set for delivery in 2021.

BK Gulf will also work alongside AFC in the provision of more bespoke skid mounted solutions where containers are not deemed appropriate for a given use case, building upon the value engineering work expected to be completed over the next couple of months.

Basheer Massad, General Manager of BK Gulf, said “We are extremely pleased to be signing this Agreement with AFC Energy today, bringing our world class engineering and fabrication capability in support of AFC Energy’s ambitious goals for fuel cell system deployment over the coming years.  Having worked alongside AFC Energy now for the past five years, we have witnessed first-hand the evolution of its fuel cell system and the compelling opportunities for it in displacing temporary off-grid power as the nearest zero emission alternative to the diesel generator.  BK Gulf, as one of the region’s largest contractors with over 6,000 engineers, is strongly aligned with this decarbonisation agenda and looks forward to partnering with AFC Energy as its presence, not only in the Gulf region, but internationally, continues to grow”.

Adam Bond, Chief Executive Officer at AFC Energy, said “Today’s Agreement with BK Gulf is a further important step in cementing AFC Energy’s manufacturing strategy aligned with the growth in our commercial pipeline and in bringing down response time and cost in meeting customer expectations.  Dutco Group and BK Gulf have long been strong allies of AFC Energy in the region and with their leading engineering and fabrication capability, are an ideal partner in supporting a strong commitment to the growth of the Hydrogen economy in the Gulf region and world-wide.  We look forwards to delivering on our partnership with BK Gulf and in working with their team in taking our fuel cell system to market”.