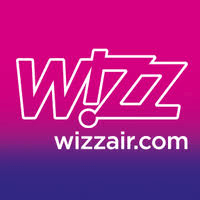 The IFRS 16 restatement for 2018 is explained in Note 7 to the financial statements.

The EBITDA, CASK and profit measures for 2018 in these tables are for continuing operations (see also Note 6).

‘Net profit excluding foreign currency loss’ is profit after tax (for continuing operation in case of 2018) excluding the amount of net foreign exchange result in the period.

· Named one of the safest low cost carrier of 2019 in the world by airline safety and product rating agency AirlineRatings.com

· The Company announced its first ever flights from London Luton to Moscow and St. Petersburg and new entry into Brussels Zaventem, Edinburgh, London Southend and Odessa.

· Average aircraft age of 4.97 years, one of the youngest fleets of any major European airline.

Wizz Air is the lowest cost producer in the industry in Europe and the largest airline in the growing CEE market, making us a long-term structural winner in the aviation sector. We will continue to enhance our market-leading position with the roll out of the game-changing, attractively priced and financed A321 neo aircraft which will enable Wizz Air to continue widening our cost advantage over our competitors.”

“Wizz Air announced some exciting business developments in the first half including a purchase order for 20 Airbus A321XLR aircraft taking our committed fleet order to 268 aircraft. These industry-leading, cost efficient aircraft will allow us to connect even more airports within our wide and diverse network. We were also proud to be named “The Best Low Cost Carrier of the Year” at the European Aviation Awards; an accolade which is a credit to the entire Wizz team.

Not content with being Europe’s lowest cost airline, Wizz Air is also proud to be Europe’s greenest airline, as defined by CO2 emissions per passenger kilometre. This existing leadership position is reinforced by our commitment to further reducing our CO2 emissions per passenger kilometre by 30 percent by 2030 as we continue to introduce the ultra-efficient A321neo, which we operate with high seat count and high load factors.

In addition to our environmental efforts, Wizz Air has a well-developed Sustainability Framework covering the social and environmental pillars of this important part of being a responsible corporate citizen. The detail of this framework can be found on our website https://wizzair.com/en-gb/information-and-services/about-us/sustainability. An important part of this is our commitment to gender diversity and we are proud to confirm that there is zero pay gap between genders in similar roles within Wizz Air. We have also recently committed to driving the recruitment of women in our pilot ranks and will provide details of this initiative in the coming months.”

On current trading and the outlook for the full year, Mr Váradi said:

“On the back of a strong first half we will be accelerating second half growth to 22%. Notwithstanding this faster pace of growth and the genuine macro-economic challenges which always exist, the more recent supporting market conditions mean we are seeing our business tracking towards the top end of our current net profit guidance range which gives us confidence to tighten the range to between €335 million and €350 million for the full year.”