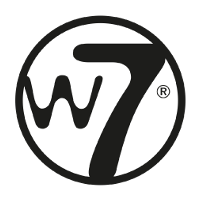 Warpaint London plc (LON: W7L), the specialist supplier of colour cosmetics and owner of the W7 and Technic brands, provided today an update on the trading performance for the year ending 31 December 2019 and announces a splitting of the positions of the Joint Chief Executives.

The Company’s board is pleased to announce that it currently anticipates that Group sales for the financial year to 31 December 2019 will be approximately £50 million, in line with the guidance provided in the Company’s trading update on 6 August 2019.

As the Company has previously outlined, a number of factors, including the geographic mix of sales, adverse exchange rate movements and the Group’s investment in its strategy for future growth, particularly in the US, are having an impact on profitability in the current financial year. Consequently, the Company’s board currently expects adjusted profit before tax for the year ending 31 December 2019 (excluding amortisation in connection with acquisitions, share incentive scheme costs and exceptional items, which the board expects to total approximately £2.8 million) will now be in the range of £5.1 million to £5.5 million.

Exchange rate movements in recent months have had a negative impact of approximately £250,000, from a translational perspective, on profitability since the Company’s last update in September 2019. This, coupled with further negative margin impact, has led to this reduction in the expected adjusted profit before tax for the current financial year from the previously anticipated range of £6 million to £7 million.

Following a review of the senior roles within the Company it has been decided that from 1 January 2020 the positions of the Joint Chief Executives will be split, with Sam Bazini remaining as Chief Executive and Eoin Macleod being appointed to the newly created position of Managing Director, reflecting his more operational focus. Both Sam Bazini and Eoin Macleod remain significant shareholders and as executive directors of the Company on its board.

“I am pleased that we anticipate reporting sales for the current financial year in line with the guidance we provided in August. Whilst the unprecedented volatility in exchange rates in recent months has had a negative impact on the profits of the Company, both from a translational and margin perspective, I am pleased by our overall trading performance.

“Following a review of the roles being undertaken by our Joint Chief Executives we have decided to formally split the role. Sam and Eoin have always split the Chief Executive role so that they have distinct responsibilities within the Company, but with the Company’s growth and diversification since admission to AIM we think these new positions are now an appropriate way to formally reflect this.

“With the Company’s robust balance sheet, profitable trading performance and strategy for growth we continue to look forward to the new year with confidence.”

You can read the full W7L archive by clicking the EPIC code.

Warpaint London to protect its staff members amid COVID-19