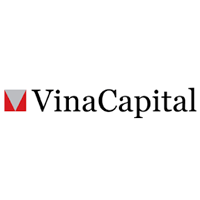 VinaCapital Vietnam Challenging market conditions resulted in a decline in NAV of -3.6%

The more challenging market conditions which we reported for the first half of 2018 continued into the second half, which is the period under review. Your Company was not immune to this, recording a fall in Net Asset Value  per share of 4.6% and a decrease in the share price of 1.4%, compared with a fall of 8.0% by the VN Index. Accounting for dividend distributions to shareholders, the total return on a NAV per share basis is -3.6% (in United States Dollar (“USD”) terms).

It is, of course, disappointing to report a decline in NAV. However, as set out in more detail in the Investment Manager’s report, the fundamental economic argument for investment in Vietnam remained compelling, with strong growth, controlled inflation coupled with a stable currency and continued foreign direct and indirect investment.

In the half year under review we completed the final sale of direct real estate development projects, which leaves us with a portfolio made up of one operating real estate asset and the remainder entirely of equity and equity-like investments in both listed and unlisted companies. The approach of our Investment Managers is to seek meaningful, strategic stakes in companies. They are very selective in the investments which they make on our behalf and we are encouraged by the prospects for the investments which were made in recent months, as well as by their analysis of those which were turned down.

Our policy remains to pay a dividend of approximately 1% of NAV twice each year, in March and October. Your Board believes that paying a steady dividend is a key element in attracting investors with the aim of helping to reduce the discount over time.

We have completed and signed a revised Investment Management Agreement, incorporating the changes to the investment management fee which were described in last year’s annual report. In summary, the structure of the fee is now:

• The incentive fee rate has been reduced to 12.5% of any increase in NAV over the hurdle rate;

• The hurdle rate for incentive fees will remain unchanged at an 8% annual compounded rate;

• The cap on incentive fees to be paid out in any year will remain unchanged at 1.5% of the weighted average of month end net assets;

• If the NAV has fallen at any year end subsequent to the 30 June 2018 year end, an appropriate proportion of the unpaid and carried forward incentive fee will be clawed back and the high water mark adjusted accordingly, thereby releasing accruals which would have remained on the Company’s balance sheet under the previous structure. From the current accounting year, any further incentive fees which are earned at the lower 12.5% rate will only be classed as payable up to the level at which the fee cap takes effect but any excess will be recorded as a liability for the fees expected to be paid out in future years. While the mechanism for calculating fees earned at the lower rate is a little different from that described in the Chairman’s Statement for the year ended 30 June 2018, the result is arithmetically identical and the calculation methodology is simplified; and

• 25% of any incentive fee paid will be used by the Investment Manager to buy shares in the Company through open market purchases. These shares will be subject to minimum holding period of 12 to 24 months.

The reduction in base fee has resulted in a decrease in fees over the period, while the modifications to the incentive fee will result in some of the accrued and carried forward incentive fees being clawed back if the NAV at the 30 June 2019 year end remains below the level as at 30 June 2018.

We have a continuing strategy to try to reduce the discount at which your Company’s shares trade to NAV, as we continue to believe that the prevailing discount does not fairly reflect the strong absolute returns which the Company has made, or its prospects over both the medium and long term. Our efforts to reduce the discount concentrate both in attempting to increase demand for shares and, where necessary, to reduce supply by buying back shares. During the half year under review, 8.1 million shares were bought back, representing 4.2% of the shares in issue at the start of the year. Since we commenced buying back shares in 2011, the Company has purchased some 138.6 million shares, being 42.7% of shares in issue before the first buy back. In order to limit the number of shares held in treasury, the Company cancelled 9.2 million treasury shares in August 2018.

As regular readers of our accounts will be aware, the Board, Investment Manager and advisors have made great efforts in trying to limit the discount. In attempting to stimulate demand in recent years, we have: changed the Company’s listing venue to the premium segment of the London Stock Exchange (which resulted in it being included in the FTSE250 Index); changed the domicile to Guernsey; commenced the payment of dividends; changed our arrangement with our Investment Manager so that management of our assets is delegated to a regulated entity in Vietnam; and employed additional resources in marketing the Company’s shares.

Our efforts to reduce the discount will continue unabated.

As reported in the Annual Report for the year ended 30 June 2018, Martin Adams retired from the Board at the Annual General Meeting (“AGM”) on 10 December 2018.

As I have previously stated, I believe that a Company of the size and complexity of yours should have five Directors on the Board and we have begun the process of identifying suitable candidates and I expect that an appointment will be made in the second half of the financial year.

I am pleased to report that shareholders voted by a large majority in line with the Board’s recommendations on each of the 14 resolutions at the AGM. That is, shareholders voted in favour of resolutions 1 to 13 and against resolution 14, the “discontinuation vote” so that the Company will continue in existence. I would like to reiterate the Board’s commitment to hold a vote on the continuation of the Company every five years; the next such vote is expected to be held at an AGM in December 2023.

As measured by the VN Index, which admittedly is an imperfect measure, the Vietnamese stock market reached a peak in April 2018, declined quite rapidly thereafter and has traded within a fairly wide range with no apparent sense of direction over the six months under review.

In the current global capital market environment where volatility and uncertainty prevail, there is a dearth of growth opportunities which offer enough fundamental strength to provide some shelter. Vietnam seems to be one of the few growth opportunities. The attractive economic conditions which I mention above leave us with a market which appears attractively priced, with a positive outlook for earnings and with a stable currency, supported by foreign investment flows. As described in the Investment Manager’s review, many of the foreign inflows are in the form of direct investment into manufacturing and supporting infrastructure. Such capital is, of course, longer term in nature than investments into stock or bond markets. This augurs well for the Vietnamese economy for the foreseeable future.

You can read the full VOF archive by clicking the EPIC code.