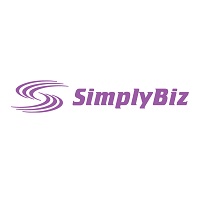 SimplyBiz Group PLC (LON:SBIZ) is the topic of conversation when Zeus Capital’s Research Director Robin Savage caught up with DirectorsTalk for an exclusive interview.

Q1: We see that SimplyBiz has reported its full year results, what are the key points that investors should take away from that?

A1: They are the largest provider of B2B support services such as compliance, business and software services to intermediaries in the UK, produced their maiden full year results for the stock market yesterday.

The company increased its adjusted EBITDA by just under 20% to £11.4 million, we’d forecast £11 million so just above what we expected, and they reported an adjusted EPS of 11.9p a share and decided to make a final dividend payment of 2.05p, making 3.03p for the 9 month period post IPO.

They ended 2018 with £6.4 million of net cash having started the year with £23 million of net debt, obviously the IPO enabled the majority of that debt to be repaid and they’ve generated the cash for surplus cash during the year.

As importantly as these financial results, the company grew its business both in number of member firms and the partners, such as Guardian and Vitality and UNUM that interact with the members of SBIZ, the intermediary firms.

So, they’ve had an excellent first year as a listed company on the AIM market and it has exceeded the expectations that we’ve set at IPO in April last year.

Q2: What were the main drivers of the revenues, profits and dividends?

In 2018, intermediary services revenue from members grew by 13% organic which implies that average spend grew by about 4%. Our forecasts assume 5% growth from 2017 to 2020 and we expect the average spend, particularly from recent members, to rise, enabling organic growth to continue at 13% per annum.

Q3: How can investors judge the value of SimplyBiz Group shares?

A3: Well, I think we should look at SBIZ shares like we would look at other companies, but I would suggest investors look at all investment valuations in terms of A) the quality of the business and B) the various valuation approaches which you can apply to any stock.

First of all, in terms of the quality, 3 things. First point is to recognise is that the company’s earnings are high quality, they get membership income, they get distribution channel income from recurring sources and this has got a cash conversion, close to 100%.

So, first of all we’ve got high quality, the second is the capital requirements of the company are low. This is because the amount of regulatory capital they have is well less than £1 million because they don’t take risk, they’re simply providing services. The actual CAPEX is very low because a lot of what they’re doing is using intellectual capital rather than physical capital and this enables the group to pay a high dividend payout. However, it chose to distribute only a third of its earnings as dividends and that’s because it wants to be able to reinvest the surplus earnings in bolt-on acquisitions. So, it’s got low capital requirements but the extent of which it generates capital, it’s going to use it in order to buy bolt-on acquisitions and pay a third as dividends.

So, that’s in terms of the quality, it’s obviously a good quality business but in terms of what sort of multiples you should be prepared to pay, first of all we should look on a Price Earnings and a PEG basis.

If we look at SBIZ trading at around about 195p a share, the 2019 PE multiple based on 15p per share of earnings for 2019 is 13 times. So, 13 times is just ahead of the market which is at 12 times which it ought to be considerably more than because it’s much better than a normal equity market stock. For a stock that’s growing its earnings faster than 13%, that puts the company on a PEG of less than 1 so I would say for people who actually like investing in growth companies, they should find businesses that can grow strongly, trading at a PEG of less than 1, as being very attractive.

Assuming a 60% payout, which would be achievable if they decided not make bolt-on acquisitions, the dividend yield would be 4.6% which happens to be very similar to that for the whole market but remember SBIZ is growing faster than the market. So, actually, over time it will be yielding more than the market so on an earnings yield basis or a simulated 60% payout basis, it would have an attractive dividend yield.

You should then look at the dividend yield, recognising the scope for acquisitive growth. They should recognise that with a 33% payout, the reason why it’s got 33% payout is because it’s generating cash and it intends to reinvest that cash in acquisitions. The IPO has de-geared the company’s balance sheet, the company has got net cash of £6.4 million and is generating more cash as we speak.

You can read the full SBIZ ZEUS archive by clicking the EPIC code.