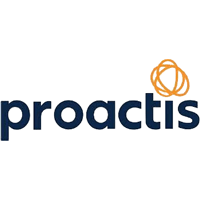 · Impairment of £27.0m taken against US CGU as a result of the challenges in that market identified and announced during the Operational Review

· The Board has thoroughly reviewed and assessed the credibility of a number of expressions of interest (“EOIs”) following the Company’s announcement of the FSP on 29 July 2019. Certain EOIs have led to more advanced discussions including the provision of certain detailed financial information with regard to the business in a dataroom. The process remains ongoing. The Board reiterates that there can be no certainty that any offer will be forthcoming or the terms of any such offer.

“The results for the period are in line with the Board’s expectations. Following the completion of the Operational review announced in April 2019, the management team has been working incredibly hard to assess and rectify the issues identified and that have impacted overall Group performance over the last two financial years. This has included managing leadership change throughout the regions affected as well as through the business as we build teams that are capable of executing the Group’s new go to market strategy. The Board is confident that this capability is now in place and the whole team can execute efficiently to deliver a substantial and high growth company. We are seeing relevant progress already with pipeline starting to build and an encouraging level of order intake in the new financial year.

“The Group has been profitable and cash generative in the period under review, and the long-term prospects are exciting. With a strong ARR giving high levels of visibility, and a proven, highly relevant end-to-end offering, we begin the new financial year in line with management’s expectations and with optimism for the Group’s potential.”

You can read the full PHD archive by clicking the EPIC code.