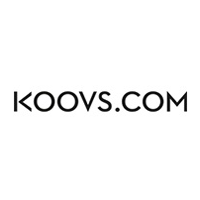 Koovs PLC (LON:KOOV) is the topic of conversation when Hardman and Co’s Analyst Jason Streets caught up with DirectorsTalk for an exclusive interview

Q1: I wanted to talk to you today about Koovs, can you describe the company for us?

A1: Koovs sells western fashion into the Indian market, it only operates online and is aiming to provide affordable but aspirational clothing to 18-30 year old Indians. The clothes are designed in London, this is a key selling point, but everything else is done in India; the buying, the merchandising, marketing and, obviously the distribution.

Q2: So, is India an attractive e-commerce market then?

A2: Well, we think it is, but it will be much more so in the future, currently only about 30% of the population is online and only 1% are active online shoppers but the Indian government is very keen to get the internet to every Indian household, to every Indian, and to get them online and having bank accounts. The mobile phone companies there are busy expanding and upgrading their networks as most access to the internet is through mobiles but there’s still a long way to go. Also, it takes time before new users to the internet have the confidence to order things online but when they do, what we find is that clothing is the first-choice purchase for nearly 30% of them.

Q3: Does that mean then that Koovs is well positioned to benefit from this growth?

A3: We think so, even though it is a small company it has actually been growing its brand awareness in India very strongly in the past 2 years and its Net Promoter Score, that is the judgement of how good it is as an operator, is the highest in the clothing sector even higher than the giants Amazon and the Indian equivalent of Amazon, Flipkart.

Q4: How can it compete with the likes of Amazon and Flipkart though?

A4: In most e-commerce markets around the world, what we find is that the field splits into three:

Now, 15% of the total market is plenty for Koovs to make serious money. I think there’s another point, it doesn’t actually compete head-on with Amazon and Flipkart, it sells primarily its own-brand fashion which is clearly unavailable elsewhere and it also steers clear of the low-end commodity market like plain T-shorts.

At this stage of development, the giants are actually Koovs’ friends, they are the ones who are building out the distribution infrastructure and also bringing masses of people online to shop through their promotional activities.

Q5: It sounds pretty positive so why are their shares hanging around the 6p mark?

A5: Quite simply, it needs to raise money to fulfil its ambitions and it needs to raise a lot of it. In its statement on 1st March, it said it was looking to raise up to £50 million and in the meantime, it has had to cut back severely on its marketing and its range of clothing to conserve the cash it has left. This has had the inevitable but unwelcome effect of sending sales backwards and that has made raising the money harder.

Q6: Ok, doesn’t sound good. Why have they left it so late to raise money?

A6: They were wrong-footed by the Indian government, as indeed was the whole of India. In November 2016, the government announced overnight that 83% of the currency was no longer legal tender, people had to take their 1000 and 500-rupee notes to the bank to be changed for new ones and there was a limit to how many you could change in one go and the queues were massive.

So, consumer spending went heavily into reverse, confidence was damaged, and life was very tough for all retailers of every sort. In the long run, this will prove to be a positive move for the economy, but the repercussions were felt for many months afterwards and that was precisely when they were looking to raise money.

Q7: So how do you value the shares for Koovs now then?

Putting numbers on it specifically is very tricky as are so many variables, not least of which is the price at which any new money is raised and therefore the level of dilution existing shareholders would suffer. Now, in our report we have done various scenario analyses and on one of them, our central scenario, sees the shares worth 90p, assuming the money is raised and that’s assuming they raise all £50 million at 25p per share.

You can read the full KOOV archive by clicking the EPIC code.

Koovs plc The Future is here

Koovs plc Poised to clean up – the emerging ASOS of India