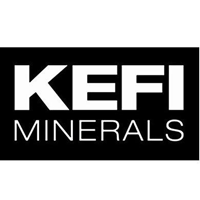 Q1: You provided an update to the market in relation to the Tulu Kapi Gold Project, can you just run us through the highlights?

A1: Well, in short, we’ve received the approval of the various Federal agencies involved with this project, it’s the first major mining development in the country for decades. It’s a pretty arduous task but that’s all done now.

Secondly, the government sector partner in the project which is the Ministry of Finance, our partner, has started spending its $20 million project equity on engineering, surveys, tendering and so on for its commitment to certain jobs for the project, in our budget.

The third thing that we reported really is that our private sector partner in the project, ANS Mining, an investment vehicle for Ethiopian banking and insurance institutions, has increased its commitment to project equity injection to the maximum amount that was previously advised our shareholders of 38, we previously said 30-38. It remains the case that they’ll subscribe as soon as they release the funds, that is as soon as the community resettlement compensation payments are triggered by the local Ethiopian authorities out there at Tulu Kapi.

So, that’s the gist of it, government approvals and both partners doing everything that we expected them to do and in fact, ticking things off and stepping up further than the minimum required, so to speak.

Q2: What does this all mean for KEFI Minerals?

A2: The first thing is that the specifics of the partnership has been set out informally, we had a Board meeting yesterday with new Board members and advisory members on the Board. That means that we’ve got really the ‘A team’, if I can call it that, of business, government and military leaders on our Board in Ethiopia.

One has to recall, Ethiopia is changing extremely fast and it’s the highest growth country in Africa and one of the highest in the world, rapid change across the board. There’s just no substitute for local expertise and local expertise that has skin in the game and we at KEFI work very hard to align around the Tulu Kapi project in every sense and we’ve done that on the mining side with mining executives who are first class African-experienced mine builders, operators, contractors, likewise and now, we’ve done the same thing for local Ethiopian expertise. There is no substitute in a high growth country, in a fast changing country with social changes, community changes, political changes, critical to have people with insight on security, safety, economic development, government policy, everything and we have that now.

We’ve got what can only be described as a top-class team of directors in the Tulu Kapi gold mine subsidiary, representing government and local business and one of the top retired member of the military, one of the top military men in the country.

So, I feel very privileged, honoured and empowered personally representing KEFI here and to have such support.

Q3: Obviously, you want to get things moving as quickly as possible, what can you tell us about your plans for the next 6 months or so?

A3: In short, the next 6 months is part of our 2-year schedule to get into production and there are some things that are quite important in the next 6 months. In particular, the cycle of seasons here, the wet season being the middle of the year, so it impacts on a number of fronts the seasons cycle of Ethiopia in order to optimise our scheduling. It affects the community’s planting of their crops, setting the mine up, once its developed the wet season won’t really impede anything but whilst it’s still virgin ground and hasn’t been disturbed, it’s important to appreciate before the wet.

So, in the next 6 months, before the wet, the first phase of community resettlement and the first earthworks are required and that’s the schedule for the next 6 months. That will be equity funded at the project level and thereafter, it will be funded by the full drawdown of project finance in financial completion.

So, the starting gun for all this is when the local government triggers the resettlement, they wanted to have triggered it by now and they’ve expressed an apology that it’s taken a bit longer. All I can say is whilst it’s frustrating to our schedule and not being able to trigger when we love to trigger, at the same time we are dealing with a community, we’re dealing with partners and regulators who have to be aligned in the right way.

The government controls that particular action which is the community compensation and resettlement and we must respect that, and we do respect that. It’s the first major mine development in decades in Ethiopia, it can’t get any more important than it is in the region and through the nation and I think the people that have joined our Board and have signed up for putting in project equity as a testament to that.

So, we demonstrating as a company, both the discipline and the appropriate patience to get on with it when the government says we can, we’re on a good pathway in terms of the longer-term and the projections remain as they have been guided publicly for some time now. The gold price at current price is in fact our base case and our modelling, EBITDA of $70 million average once we’re in production remains the estimate at this gold price and the project NPV after debt repayment and servicing, at the point of starting production in 2 years’ time, remains in the order of $200 million. The past expenditure and project equity of $60 million and the planned additional of $60 million, being provided essentially by Ethiopian partners, looks a pretty good deal given the projected financial returns. Also, KEFI’s 50% of the projected $200 million of NPV when we start production is over 5 times our market cap today so ignores the underground mine and the other assets in the company.

Q4: Now, as you’ve already mentioned you’ve welcomed some new members to the Board of Directors of TKGM and others as special advisors to yourself as Chairman. What it is that they’ll be adding to the project?

A4: If you casts one mind’s eye, if you like the expression, to being in Ethiopia, the country in the Arabian-Nubian shield, geological terrain that has the largest landmass within that shield, it’s one of the most perspective geological terrains in the world, there’s been some world-class discoveries already. KEFI Minerals are here with a pole position in the country to be first in getting this sector moving.

The government is our partner and it’s a first mining project that is elected to be partnering in and major banks and local institutions likewise have formed up ANS Mining to invest. So, it is a nationally important project and it’s now 50/50 with a majority in managers but we’re now almost 50% and supported by Ethiopia, both government and private.

So, when one looks at the Board appointment and appointment of advisors to the Chair, which is me, what people are seeing is the personification of that support and that partnership. It is important to us, I don’t think it should be understated how challenging the opportunity is. We are in a high-growth country, a fast changing country and there’s social and other changes taking place continually and there’s no substitute for local expertise who actually have a financial commitment and a real commitment in every real sense of the word, both public reputational commitment as well as financial commitment.

So, it’s very important for us, I think it’s at the very heart of risk mitigation and opportunity and maximisation and I’m thrilled that these individuals have put their name on our project and put the money of their companies into the project. So, that’s what it means to us and the names are in the announcement, probably mean nothing to people in London but if you look up their names on Google and see who we’re talking about, their record and reputation speaks for itself.

You can read the full KEFI archive by clicking the EPIC code.