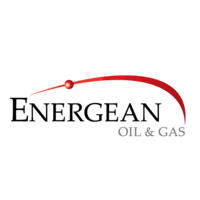 Energean Oil and Gas plc (LON: ENOG, TA: ENOG), oil and gas producer focused on the Mediterranean today issued the following Trading Update for the period from 1 January 2019 to 14 May 2019.

· On track and budget to deliver first gas from the Karish and Tanin development project in 1Q 2021.

· 1 – 1.5 Tcf gas in place confirmed at Karish North, with a higher-than-expected liquids content.

· Achieved keel laying on the Energean Power FPSO in April 2019.

· Submitted an updated proposal to supply Cyprus with gas and signed Letters of Intent with i) a 50% Vitol-owned Company to develop the pipeline project and ii) a private Cypriot electricity producer for the supply of gas.

· Delivered first oil from the Epsilon extended reach well, which continues to produce at a stable rate of more than 1,000 bopd.

· Completed drilling of the second Epsilon vertical well, which identified a thicker column with more net pay than previously encountered. Hydrocarbons in place are expected to increase, reinforcing Epsilon as the driver of Energean’s target to grow production to more than 10,000 bopd by 2021.

· Revised the Prinos work programme to underpin base production and optimise long-term profitability. 2019 activity will prioritise pressure support and the two new planned producers will now be drilled in 2020. As a result, 2019 production is now expected to be 4,300 – 4,800 bopd.

· At Katakolo, legacy 3D seismic re-processing has been finalised and suggests upside to in-place volumes.

Energean’s Karish and Tanin development project remains on track to deliver first gas into the Israeli domestic market in 1Q 2021. During the period, Energean met its key milestones of spudding its first wells and keel laying on the FPSO. The next visible milestone will be completion of the beach crossing at Dor, expected 3Q 2019.

Energean has now completed drilling operations at Karish North, confirming an initial gas in place estimate of 1 – 1.5 Tcf. Initial in situ analysis suggests that the discovered gas has a higher liquids content than found in Karish Main. Further evaluation is currently being undertaken to further refine the resource potential and liquids content of the discovery.

A well-developed sand was identified in the D4 horizon but was found to be water-wet in this location, which is in a down-thrown position relative to the Karish Main structure. The sand is in excess of 15 metres thick and of good reservoir quality. This sand will be penetrated in the KM-02 and KM-03 development wells in a crestal location where its hydrocarbon bearing potential will be further addressed.

Karish North spudded on 15 March 2019 utilising the Stena DrillMAX, a sixth generation drillship capable of drilling in water depth of up to 10,000 feet. Karish North was completed on time and within budget.

As planned, the Stena DrillMAX has now returned to drilling the three Karish Main development wells, which will be batch drilled to effect operational synergies.

The Karish North discovery will be commercialised via a tie-back to the Energean Power FPSO, which is located 5.4km from the Karish North well. The FPSO is being built with total processing and export capacity of 8 Bcm/yr (775 mmcf/d), which will enable Karish North, and future discoveries, to be monetised.

In May 2019, Energean submitted an updated proposal to supply the Republic of Cyprus with natural gas via a subsea pipeline. At the same time, Energean also entered into Letters of Intent to i) develop the pipeline project with VTTI Cyprus Limited, a company owned 50% by Vitol and the operator of the Vassilikos Terminal, and ii) to supply gas to private electricity producer P.E.C Powerenergy Cyprus Limited. Energean also has an Expression of Interest to buy gas from a further private electricity producer in Cyprus.

In the Israeli domestic market, in December 2018, Energean signed a contract with I.P.M Beer Tuvia (‘I.P.M.’) to supply an estimated 5.5 Bcm (0.2 Tcf) of gas over the life of the contract. The contract is contingent, inter alia, on the results of Energean’s 2019 drilling programme and the Karish North discovery significantly increases the likelihood of its conversion into a firm contract.

Inclusive of the I.P.M. contract, Energean has contracted 4.6 Bcm/yr (445 mmcf/d) of gas sales, leaving a further 3.4 Bcm/yr (330 mmcf/d) of spare capacity in its 8 bcma FPSO for additional sales of discovered gas at Karish North and the tie back of future discoveries.

Energean has revised its Prinos work programme to underpin base production and optimise long-term profitability of the basin. Following the delay experienced by the Epsilon Extended Reach Well, Energean has decided to defer further extended reach well drilling in order to fully incorporate and reflect learnings from this well, in line with its focus on capital discipline. Activity over the remainder of 2019 will focus on ensuring a more robust and sustainable base production profile through earlier conversion of producer wells into water injectors, which will provide additional pressure support to existing key producing wells. As a result, the two new producer wells and associated production contribution that had been planned for 2H 2019 will now be deferred into 2020. Full Year 2019 production is now expected to be 4,300 – 4,800 bopd (down from 5,000 – 5,500).

Energean retains its target of growing production to more than 10,000 bopd by 2021. Following stabilisation of the base production profile, attention will be focused on Epsilon following positive results from the first three new wells drilled into the reservoir, which have cemented its position as driver of the growth profile.

Energean is also implementing a cost reduction programme at Prinos, which is expected to result in a $30 – 40 million reduction to the 2019 capital expenditure budget. 50% is related to savings to the remaining 2019 drilling programme and 50% relates to activity deferral into 2020.

On 1 April 2019, Energean announced successful completion of drilling operations of the extended reach well, EA-H3, into the Epsilon reservoir. The well is currently producing at a stable dry oil rate of more than 1,000 bopd, in line with guidance. EA-H3 was drilled to a total measured depth of 5,679 meters and penetrated 689 meters of the Epsilon sandstone reservoir, in line with pre-drill expectations. Energean is continuing to monitor and fine-tune production parameters to ensure optimal production from the well. The EA-H3 well was drilled using the Company-owned drilling rig, the ‘Energean Force’.

During the period, Energean also completed the pre-drilling of the second well of the Epsilon Platform development, which confirmed and supplemented the findings of the first well:

· Continuity of the A reservoir in the Eastern part of the field was confirmed and better quality sandstones were penetrated. A deeper Oil Water Contact was encountered, adding 9 meters of gross oil column at the field level.

· The Deeper reservoir that was discovered in EL-1 was confirmed and better quality sandstones were penetrated. The Oil Water Contact was encountered, adding 62 meters of gross oil column when compared to the Oil-Down-To level identified by EL-1

· The top section of the Dolomitic Zone was penetrated and additional hydrocarbon potential was identified. The Oil-Down-To was lower than that identified EL-1, adding 82 meters of gross oil column.

EL-2 has been cored and logged and a suite of pressure points have been acquired. Total hydrocarbon column and potential net pay is still under evaluation, but the Hydrocarbons In Place for the Epsilon field are expected to increase as a result of this well. EL-2 has been suspended as a future producer and the GSP Jupiter rig has now moved on to drill EL-3.

The Epsilon Vertical Well Platform Development is expected to achieve first oil from these three wells in 1Q 2020.

At Katakolo, legacy 3D seismic re-processing has been finalised in parallel with application for necessary environmental permits. Analysis suggests upside to in place volumes. A decision on whether to farm down or take Final Investment Decision will be taken after the results from this analysis have been finalised.

In Ioannina, 2D seismic acquisition and interpretation is continuing and in Aitokarnania, activities are focused on the re-processing of existing data and preparation for the new seismic campaign, which is scheduled to start in 4Q 2019.

In Montenegro, processing and interpretation of the recently acquired 3D seismic survey is ongoing. Results are anticipated before Year End 2019.

Energean continues to assess new business opportunities in the Mediterranean region that are aligned with its strategy. Energean will only pursue opportunities deemed to represent attractive value creation opportunities for shareholders.

At 31 March 2019, Energean had net debt of $237 million. Gross cash was $193 million, offset by $430 million of borrowings. As at this date, Energean had $50 million remaining undrawn under its Greece RBL facility and $350 million had been drawn down from the $1.275 billion Karish-Tanin project finance facility.