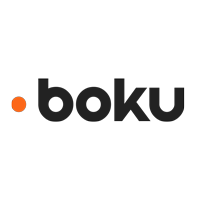 Boku Inc. (LON: BOKU), the world’s leading independent carrier commerce company, has today announced an integration with GrabPay, the digital payments solution of Grab Holdings Inc. Grab is the leading ‘super app’ in Southeast Asia, providing the widest range of on-demand transport services in the region, in addition to food, package delivery and payment services, across 336 cities in eight countries. GrabPay is the region’s most popular e-Wallet. Grab is the only technology company in Southeast Asia with access to e-money licenses in the major six Southeast Asian economies.

Through the integration, Boku and GrabPay will extend payment capabilities to global businesses within Southeast Asia, allowing them to accept cashless payments and acquire new customers efficiently. The collaboration reflects the growing adoption of eWallets and a shift away from transactional, infrequent usage towards an always-on model that enables users to participate in a wider range of use cases such as transportation, recurring digital subscriptions, and in-app purchases- on an ongoing basis.

“Southeast Asia is a great example of today’s modern mobile-first society, and GrabPay has been leading the way in building tools and technology to help businesses support cashless payments.

“We are thrilled to work with GrabPay to help make mobile transactions more simple and accessible.”

The company also announced today a global partnership with DAZN, the world’s first pure-sport live and on-demand streaming service, to allow subscribers to sign up and pay for the service using their mobile phone, broadband and pay TV accounts.

Through the agreement, Boku will enable direct carrier billing and carrier bundling payment options for DAZN customers, allowing both cord cutters as well as traditional TV viewers to pay for their DAZN subscription directly via their mobile phone bill, their ISP bill and their broadcast television bill.

These payment options will be available later this year to DAZN subscribers across the world. DAZN operates in nine countries today – Austria, Germany, Japan, Switzerland, Canada, Italy, United States, Spain and Brazil – and is expanding rapidly.

The collaboration between Boku and DAZN was born in response to increasing fragmentation in consumer attention and the media landscape. In 2018, nearly 765 million people worldwide used a subscription over-the-top (OTT) video service at least once per month, representing 10.2% of the global population, according to eMarketer.

“DAZN has shifted the sports streaming paradigm with their diverse programing and global appeal.

“Boku is thrilled to work closely with DAZN to bring innovation to the OTT industry and to simplify the way that viewers can access sports content, regardless of how they decide to watch.”

“One of the fundamental principles of DAZN is to allow sports fans to watch their favourite sport on their terms – however, whenever and wherever they want. By partnering with operators and Boku, we are now extending that flexibility and ease-of-use by allowing subscribers to choose to seamlessly sign up and pay via their existing billing mobile, broadband or Pay TV bill.

“Carrier billing and bundling represents the first step of our extensive new DAZN for Operators programme that we will be expanding during the course of 2019.”

The Company’s trading since the results for the year ended 31 December 2018, released in March 2019, continues to be in line with management expectations. The anticipated continued growth in the Payments business and investment in Identity give the Board confidence that the Company will hit at least management’s revenue projection of $52 million for 2019. Trading in Identity is gaining momentum and gross margins are projected to remain strong.

Boku, Inc. deliver a strong performance from its payments division

Boku, Inc. strong payments performance in H1 in the light of coronavirus impact