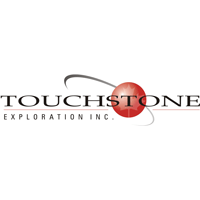 Touchstone Exploration Inc. (LON: TXP) has provided production test results for the Coho-1 well on the Ortoire exploration block, onshore in the Republic of Trinidad and Tobago.

Production testing of the Herrera Gr7b formation commenced on November 16, 2019 with a flowback period spanning seven hours using gradually increasing choke sizes. During the final flowback period, a peak rate of 19.8 million cubic feet per day (“MMCFD”) (3,300 barrels of oil equivalent (“BOEPD”)) of dry, sweet natural gas was observed with a wellhead pressure of 2,632 psi on a 32/64″ choke. The average natural gas rate associated with this final period was 17.5 MMCFD (2,917 BOEPD) with an estimated 23% draw down. During the total flowback test period, 2.1 MMCF of natural gas was recovered as well as 22.5 barrels of water, representing approximately 68% of the total load fluid used during completion operations.

Given the higher than expected initial test rates and due to equipment limitations and concerns regarding the environmental impact of the test flare, the Company chose to shorten the flowback period and to conduct the balance of the testing at restricted drawdowns. 13 hours currently remain in the final 24-hour stabilized flow period. The average stabilized test rate over the past 11 hours was 11.8 MMCFD (1,963 BOEPD) at an average wellhead pressure of 2,795 psi on a restricted 28/64″ choke, resulting in an estimated 18% draw down.

Over the current 37-hour flowback and production testing period, a total of 11.2 million cubic feet (“MMCF”) of natural gas and 298 barrels of water have been recovered, including 37 barrels of load water. Water production averaged 23 barrels per MMCF of natural gas, significantly below the Company’s expectations based on offset well data.

“These positive well test results represent a new era for Touchstone as we expect to add significant natural gas volumes to our production base. The results outline the opportunities that still exist for onshore Trinidad exploration and position Touchstone to become a top three onshore petroleum producer. It must also be noted that the Coho-1 well is in the smallest prospect of the Ortoire exploration program. The Company will proceed to tie in the well through a 3-kilometre pipeline to an existing production facility that has capacity in excess of this well’s estimated production rates. We anticipate bringing the well on production during the first half of 2020.”

Touchstone Exploration Inc. is a Calgary based company engaged in the business of acquiring interests in petroleum and natural gas rights and the exploration, development, production and sale of petroleum and natural gas. Touchstone is currently active in onshore properties located in the Republic of Trinidad and Tobago. The Company’s common shares are traded on the Toronto Stock Exchange and the AIM market of the London Stock Exchange under the symbol “TXP”.