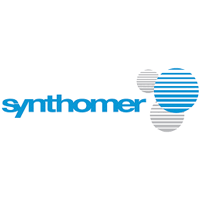 In its 2019 AGM results announcement, Synthomer plc (LON: SYNT) reported that all resolutions were passed, although there was a significant minority vote against resolution 11 which related to the re-election of Neil Johnson, the Chairman of the Company, as a non-executive director. Total votes received in favour of this resolution were 64.72%.

Following the AGM results, the Company has actively sought to engage in dialogue with a number of significant shareholders who voted against Neil’s re-election and with a leading proxy voting advisory body. The dialogue was initiated in order to better understand the reasons behind the dissenting votes, which were based on:

· Concerns over Neil’s availability to devote sufficient time to carry out his responsibilities as Chairman of the Company (“over boarding”); and

· The absence of a commitment and plan by the Synthomer Board to implement the Hampton-Alexander Review Recommendation of 33% representation of women on the Board by the end of 2020).

The Board has carefully considered the over boarding’ concerns which are understood to arise due to Neil’s role as chair of two other public company boards – QinetiQ Group plc (QinetiQ) and Electra Private Equity plc (Electra). Whilst the Board acknowledges that Neil’s role as chairman of the QinetiQ board is a significant commitment which should be counted as such this is not however considered to be the case with his chairmanship of Electra. As Electra has publicly stated, it is conducting a managed wind-down of its final few investments and reducing overheads prior to closing the fund which has currently resulted in it having only two employees and requiring minimal input from Neil. Accordingly, the Board strongly believes that Neil is an effective Chairman with sufficient capacity to meet his commitments, and has no concerns over his availability to deal with Company matters.

The Sythomer plc Board will continue to engage with shareholders on these points as required and will set out further details of any such dialogue and relevant justification for the re-election for all members of the Board in the 2020 annual report and accounts and associated documentation.

You can read the full SYNT archive by clicking the EPIC code.