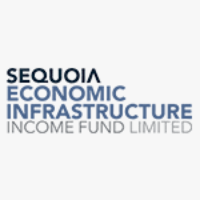 Sequoia Economic Infrastructure Income Fund Limited (LON: SEQI) announced today that further to the announcement on 2 September 2019 in relation to a proposed placing of up to 125,000,000 new ordinary shares of no par value in the Company, the Board of Directors of the Company announces that the issue price of the New Shares will be 111.00 pence per New Share. At the Placing Price, assuming that 125,000,000 New Shares are issued, the gross proceeds of the Placing will be £138,750,000.

The Placing Price represents a discount of approximately 5.0 per cent. to the closing share price on 30 August 2019 of 116.80 pence, the last business day prior to the initial announcement of the Placing.

As announced earlier today, the Company’s unaudited cum-income NAV per ordinary share as at 30 August 2019 was 104.62 pence (the “NAV”). The Placing Price represents a premium of approximately 6.1 per cent. to the NAV. The Placing will be NAV accretive for existing shareholders.

The expected closing date of the Placing remains 1:00pm on 19 September 2019.