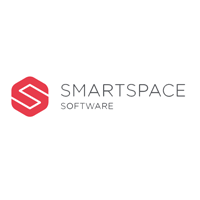 Smartspace Software PLC (LON:SMRT) Chief Executive Officer Frank Beechinor caught up with DirectorsTalk for an exclusive interview to discuss their full year results, the progress of SwipedOn, plans for growth and the key investment points.

Q1: Today, you’ve issued your first set of full year results, can you give us a summary of the key operational and financial highlights that were announced earlier?

A1: As you know, last year we disposed of our Redstone subsidiary and since last July we’ve focussed basically on changing the business. So, our primary focus has become a SaaS-based software company where we supply technology products into smart buildings and help customers to optimise their corporate real estate.

We changed our company name back in July to Smartspace Software PLC from RedstoneConnect, we introduced a new management structure, we’ve made a number of new hires and we’ve basically built out our software development, implementation and sales capability, that’s kept us busy through last year.

In addition, we made our first acquisition, we bought a business called SwipedOn which I’ll tell you a little bit more about in a second and we’ve signed a distribution agreement with Evoko. They’ve got a significant international network of resellers and partners, they sell meeting room panels and we will be proving a software solution through that network.

So, we’ve been very busy on our client acquisition front, SwipedOn has made tremendous progress, they had around 2,200 customers when we took over and at the end of the period, that had risen to 2,713 and it’s actually risen further now to over 3,000 so the momentum has continued. The acquisition costs of clients there is to lifetime value is a ratio at a very healthy 5.1 which any above 3 is seen as good performance in SaaS businesses and our average revenue per customer has actually risen by 8% as well. We’re making very good headway with that business and it seems to have gone from strength to strength under our ownership and very high customer satisfaction and we regularly score on the Net Promotor Score scale 60 or above. So, all in all, operationally, some great highlights and great results from our perspective.

Financially, the business is very different now in shape to what it was when we had Redstone, I think we previously we had revenues in excess of £45 million, this year the market was expecting sales of £6.3 million for the rebase business which is all around software and smart building implementation.

Q2: As you mentioned, SwipedOn, your first acquisition, it looks like it has been doing well. Can you give us some background to the trading?

A2: As I say, when we took over about 2,200 as of 30th April, that has actually risen to 3,063 so we’ve grown the customer base for 34%. The model is actually very simple, we use digital marketing to attract customers using Google AdWords we’re targeting and we aim to try and get about 500 trialists every month with the view then obviously with the intention of converting between 24%-30% of those.

We’ve hit a number of milestones, we just had our busiest ever month in March which is post-period end but we signed 160 new customers in the month. Our CAC:LTV ratio has actually increase to 8.6 as well which shows we’re getting greater efficiency from a marketing spend, particularly using programmatic advertising so basically, it costs us about $860 to acquire a customer and they’ve got a lifetime value of $7,358.

We have two intentions for this business, one is to increase the overall customer numbers which are moving on as you’ve seen with the numbers I’ve just quoted. The second intention then is to increase our average revenue per user (ARPU) per month and we’ve introduced some new pricing just recently and we’ve already got an 8% uplift in ARPU already. The second part of that strategy is to start to introduce a number of add-on modules and we’re currently working on the first of those, we’re going to call it Deliveries which basically helps receptions manage incoming parcels and couriers. The combined impact of an increased base and increased ARPU will have a transformational impact on that business.

The other significant highlight is the international spread of that business, of the 3,063 customers, we have 1,1103 in the US and 725 in the UK. The other thing that’s quite interesting is without actually having a localised product and without having a large dedicated marketing spends, we’ve already got our first customers in Holland, Singapore, Germany, Denmark, Sweden and Ireland. That’s actually showing some real potential or us and that’s just shipping the standard English product that hasn’t been localised into languages.

So, all in all, the business is performing really well, the guys there are really well motivated and continue doing great things and we’re working really well together which I think is an important message to get across to investors. Very often in acquisitions, they don’t go well and people are worried about if they go off the boil post-deal, in our case the opposite has happened and that momentum has continued beyond period end.

Q3: Can you give us an update on activities post review period?

A3: In terms of software, as I say, we’ve invested really heavily in the last 6 months into our workplace platform and that cumulated in the release of version 2 of the platform in March 2019.
So, we’ve invested well in excess of £1.5 million in enhancing our software stack and that obviously doesn’t stop because technical innovations are our best form of strategic defence really, we always want to be better than our competition.

The other thing that we’ve done as well is set up a small office in the US, based our of Austin, we’ve got 3 employees, it’s only been going just over a month and we’ve already picked up our first customers there which is very encouraging.

I think there’s some great opportunities in the US, in fact we learned last night that we’ve picked up our second customer which was actually a city council in California. They’ve sent a really interesting analysis where they sort of outline their rationale for selecting us over the competition and it was very clear that we had some great differentiators compared to the local vendors in the US that we were competing against.

So, I think that’s been a really good result for us as well and we obviously want to continue building on that, we did it primarily as a trial to see if there was an appetite for our offering in the US market.

Q4: On outlook, what plans do you have for the company over the next period for growth?

A4: Well, the next period now is to make sure we hit our sales numbers, we’ve got some ambitious numbers in the market, we’re aiming to see a dramatic step-up in our SaaS revenue, it was only hundreds of pounds last year and I think the analysts said at our brokers at N+1 are looking for a big step-up in SaaS revenue i.e. into millions. As you can imagine, the fact that we’ll have SwipedOn, 100% of that revenue, is SaaS whereas the other part of our business, it’s partially SaaS and partially licence so we should see a big step-up there.

Obviously, we want to continue to drive on with sales, we want to establish a channel partner network for the SwipedOn product suite and we obviously want to exploit our relationship with Evoko using their 400 partners globally to create a good route to market for us, not just in the UK and Europe but in the Middle East and in North America as well.

Q5: Just in summary then, what are the key investment points in your view for those people who are thinking of investing in Smartspace Software?

A5: I think the big thing really is the fact we’re a SaaS business and again, that brings with it good visibility of revenue and high margin and obviously, being in software is a big help in terms of margin contribution.

The second thing is that we’re in a really exciting market, for years people viewed real estate as a fixed cost that they couldn’t vary. What they’re learning now is true optimisation of that space by bringing in desk booking, better use of meeting rooms, they’re either getting more use out of the space that they have or they’re actually making do with less space.

There’s 2 or 3 bits of research by people like Verdantix and they’ve indicated that the market is growing at 20-25% CAGR, not just in the UK but across the globe so, I think we’re nicely positioned in a very exciting market that’s only set to grow really.

We think we’ve got technology that’s very different to the competition in the sense that we’ve got a single platform, seven modules and we cover the whole breadth of functionality that people would need to optimise their corporate real estate.

So, exciting business in an exciting market with some great growth opportunities I think is the message.

You can read the full SMRT archive by clicking the EPIC code.

SmartSpace Software no significant impact on activities so far

SmartSpace Increased Sales and Demand that’s not slowing down