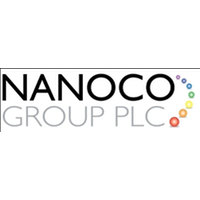 On 5 November 2019, Nanoco Group (LON: NANO) announced that it was undertaking a review of all the strategic options for the Company, including, but not limited to, a potential sale of the Company through a formal sale process, as referred to in Note 2 on Rule 6 of the City Code on Takeovers and Mergers.

The Company has now confirmed that it has engaged with multiple interested parties as part of the formal sale process.  Potential buyers wishing to participate in the formal sale process were required to sign a non-disclosure agreement, after which they received further information on the Company.  A number of interested parties have submitted non-binding proposals to Evercore, for the Board’s consideration.  The Board has reviewed the proposals and is now inviting certain of those parties to engage in further due diligence and detailed discussions about the sale of the Company.

In addition to these ongoing discussions, the Board continues to review possible sources of additional funding for the Company as part of the Group’s strategic review, with contingency plans in place if needed.  The Company’s expectations for cash on hand in December 2019 are in line with prior communications.

You can read the full NANO archive by clicking the EPIC code.