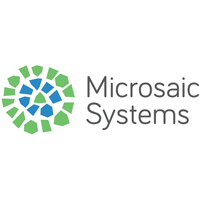 Microsaic Systems plc (LON: MSYS), the developer of point of need mass spectrometry instruments, confirmed today that revenues for the year ending 31 December 2019 have significantly exceeded 2018, and increasing momentum is being achieved in key areas of the Company’s strategy.

During the year, Microsaic made significant progress with its strategy for the traditional ‘small molecule’ market, by signing four new agreements in the year, specifically an additional OEM agreement with Biometrics Technologies Co, Ltd for its 4500 MID® MS detector to be integrated with high performance liquid chromatography equipment and distributed in Southeast Asia, South Korea and India. Three exclusive distribution agreements were signed for the distribution of the 4500 MID® MS detector with CM Corporation Ltd. for South Korea, Chromatec Scientific Pty. Ltd for Australia and New Zealand and with ST Japan Inc., for the Japanese market.

2019 also saw significant developments with the strategy for the biopharmaceuticals market, including the launch of the new MiD® ProteinID product. This can measure in-situ small and large molecules during bioprocessing (at-line, off-line or on-line to the bioreactor), and for rapid protein identification in a wide range of separation applications. Other developments included:

Since the Board agreed its new commercial focus in early 2018, Microsaic has signed a total of four OEM and seven distribution agreements. These agreements provide broad and cost-effective geographic sales coverage within Europe, North America, China, Japan, Southeast Asia, and Australasia. In addition, the Company has initiated a targeted direct sales approach in Europe, where it is able to drive a seamless and more efficient customer service to its end-users while attracting more favourable pricing and increased product margins. The expectation is that progress in its traditional markets will make substantial contribution to the Company’s goal to achieve break-even within 24 months.

The Board believes that the launch of the MiD®ProteinID detector will be instrumental in growing revenues in the life sciences markets, including process analytical applications such as the manufacture of high value biologic drugs. As noted above, the collaborations with partners including MIT and the CPI are expected to continue to validate Microsaic’s capabilities in the in-situ analysis of small and large molecules. Such applications would allow users to generate both cost and time saving opportunities by analysing a range of biological entities (such as monoclonal antibodies, metabolites and feedstocks) simultaneously in a matter of minutes.

Microsaic is progressing discussions with a range of potential partners interested in the development of the Company’s triple quad technology in markets such as environmental and diagnostics, which would represent additional investment opportunities for growth.

During 2019, the Company completed the outsourcing of manufacturing, and its partner has successfully ramped up throughput to meet current demands and the planned capacity increase expected in 2020.

The Board is targeting a further significant increase in revenues in 2020 underpinned by further extending its MS product offering with the launch of a range of new complete system products. With launches planned in H1 2020, these products will provide a cost-effective approach to traditional liquid separation, and a potentially game-changing approach to protein separation. These new products will be integrated with Microsaic’s current MS technology, and will target research, academia and traditional analysis in pharmaceutical development, chemical synthesis, environmental, and on-line reaction monitoring.

The Board anticipates that Microsaic’s OEM/distribution model will continue to grow both organically and through further partner signings across multiple application areas and geographies.

Glenn Tracey, Microsaic Systems CEO, commented: “I am very pleased with the progress in 2019, and excited by the growing pipeline of opportunities ahead of us, which the Board believes will deliver significant growth in the short to medium term. In particular, our new product releases in 2020 will significantly change our business outlook, as we transition to a complete solution provider, while still maintaining our unique ‘compact’ value proposition.

“Our business development pipeline has increased momentum, and, in 2020, we expect to grow our targeted direct sales channel as well as sign more deals with partners.

“Finally, we are delighted to have extended our collaboration with CPI as announced in December. To our knowledge, there is no other MS technology that can offer a complete suite of product and process analysis in bioprocessing, while simultaneously controlling the biomanufacturing process. We have a potentially game changing technology, applicable to all areas of high value drug production, and indeed for many other types of chemical production where real-time analysis is critical to reducing production costs and reducing the costs of non-compliance and failure.”

You can read the full MSYS archive by clicking the EPIC code.

Microsaic Systems Revenues up 50.8% with good growth through 2019