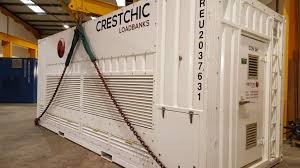 On Saturday 15th August 2020, 50,000 gallons of sewerage was released into the estuary between Oakland and Alameda, California, following a power failure at a wastewater treatment plant.

The disaster was caused by a power failure at the main wastewater treatment plant in West Oakland, which unexpectedly lost power for around an hour and a half. As a result, the pump station that ferries sewage to the treatment plant exceeded its storage capacity and flooded, causing a discharge of raw sewerage into the estuary.

While officials were quick to point out that the plant does have backup power capacity, designed to kick-in in the event of a mains power failure, an investigation is underway as to why the backup power system wasn’t initiated quickly enough to prevent the sewerage leak.

As experts in testing and maintaining power systems, Crestchic Loadbanks is no stranger to the issues and risks associated with failed back up power.

Paul Brickman, Sales and Marketing Director at Crestchic Loadbanks, commented: “While we absolutely can’t speculate or make any assumptions about what went wrong here, it seems a crucial opportunity to highlight the need for robust and reliable backup power systems. In many cases, power failure can be business-critical and result in costly downtime. But in wastewater treatment applications such as this one, downtime can cause untold damage to the local environment – and be a potential threat to public health.”

Where businesses rely on power to remain operational, or to protect critical infrastructure, having backup power such as a generator is crucial. Wherever there is standby power, there is also a need for a load bank – a device that is used to create an electrical load which imitates the operational or ‘real’ load that a generator would use in normal operational conditions. A load bank is used to test, support, or protect a critical backup power source and ensure that it is fit for purpose in the event that it is called upon.

Paul continues, “While having a backup power source such as a generator is critical, ensuring that it is maintained and tested is just as important. Implementing a testing regime that validates the reliability and performance of backup power under real operational loads is crucial to mitigate the risk of failure. Carrying out this testing and maintenance means that fuel, exhaust, cooling systems, and alternator insulation resistance are effectively tested and system issues can be uncovered in a safe, controlled manner without the cost of major failure or unplanned downtime. The only way to do this is by using a load bank to simulate a real-life load. Failing to do so puts the backup power system in the very high-risk category, bringing with it a host of issues if the backup power fails to initiate under emergency conditions.”

For more information on the role of load banks in the testing and maintenance of generators and back up power systems, visit www.crestchicloadbanks.com

Northbridge Industrial Services (LON:NBI) has two core activities, Crestchic Loadbanks and Tasman Oil Tools. Crestchic is a specialist electrical equipment business which manufactures, sells and rents loadbanks and transformers from its base in Burton on Trent and has depots in France, Germany, Belgium, UAE and Singapore. Crestchic also has satellite locations in China and the USA.

You can read the full NBI archive by clicking the EPIC code.

Crestchic: Power in the balance: Fluctuating energy demand during times of crisis