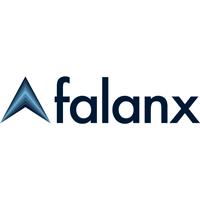 “We are reporting strong revenue growth of 21% for this six-month period during which we have invested to position ourselves for the considerable opportunities for our business. The move to the new premises in Reading has delivered a stronger operational infrastructure for the Group as we prepare to support SolarWinds, and we expect this to deliver benefits in the second half of the current financial year as they rollout their product. The second half has been historically a stronger period in terms of demand and delivery of our services, and we are delighted that it has started well with increased activity for our Cyber business. This combines well with the major increase in recurring revenue for the Assynt division as it has moved into sustainable profitability in recent months.”

“The Board continues its focus on driving top line growth and reducing costs as it targets cashflow breakeven. Demand for our services is increasing as the Company sees strong growth in its sales pipeline. As a result, the Board is confident that the Company will deliver on its growth strategy and continues to view the future with optimism.”

This six-month period has seen a continued improvement in trading with revenue growth of 21% over the same period last year of which approximately 80% was organic. The Group has also delivered improved margins in the Assynt business based on an enlarged recurring revenue base. Stronger revenue performance in the Cyber division was generated alongside a major investment programme. Operational changes have been made in this division and the gross margin has improved in the second quarter which is expected to continue. At the same time, the Assynt division has seen a significant increase in its recurring revenue base and improvements in gross margin, both of which have now led the division to operating profitability on a consistent run rate. The investment programme in the business is largely complete and we are pleased that the new SOC in Reading is now fully operational and ready to support the SolarWinds rollout.

The division generated revenues of £1.71m in the six months to 30 September 2019, a rise of 16% over the same period in 2018. Our current revenue mix is around 66% professional services and 34% monthly recurring revenues (“MRR”) from our managed services product lines. Our professional services revenues grew by 18% while our MRR revenues grew by 9%. Our overall churn levels were less than 10% and were primarily driven by specific customer changes. Gross margins were 30% (2018: 42%). This fall was largely the result of product mix and certain utilisation issues which reduced gross profit by approximately £0.15m. These have now been remedied, more detail of which appears below, with improved performance in the second quarter continuing into the second half of the current financial year. During the period we, as planned, invested significantly in expanding our overall sales and marketing capabilities as well as building out the division’s delivery capability and physical infrastructure, including the planned Solar Winds program. As a result of these investment plans, the division’s adjusted EBITDA loss increased to £0.43m (2018: £0.13m).

SolarWinds is live and additional improvements are expected to commence in the first calendar quarter of 2020. The mid-market product continues to grow, and we are also expecting this to progress in early 2020.

Over the summer we reviewed the effectiveness of certain our utilisation processes and have adjusted our procedures and product mix to improve gross margin performance. Our customer offerings now better align with the needs of the readily addressable market and we are delivering against these with much greater efficiency. £0.1m of operational costs related to certain sales staff will not be present in the second half of the year.

We have a strong pipeline of opportunities across the division, including much larger potential deals for MRR services, which are progressing very well, and our order book remains strong. We have completed the bulk of the infrastructure upgrades to support Solar Winds, and the margin improving cost efficiencies introduced in the second quarter should provide the basis of a much-improved financial performance in the second half of the year and beyond. We believe we are now well-positioned to deliver shareholder value against this growing market opportunity.

Falanx Assynt, the Falanx Group’s geopolitical and strategic intelligence business, generated revenues of £0.93m in the six months to 30 September 2019, a rise of 31% over the same period in 2018. Our strategy since mid-2018 has been to move away from spot revenues to predictable MRR and we are pleased that this now represents approximately 95% of total revenue. We invested in sales and marketing expansion at the start of the year and this delivered an increase of circa 75% of MRR between April and September 2019. Gross margins consequently increased to 36% (2018: 25%). This investment, which commenced at the start of the calendar year, produced a strong EBITDA profit performance at the end of the period and this momentum has carried over into the second half of the year. Overall it recorded an EBITDA loss of £0.01m (2018: profit £0.01m).

Over the half year, the division has won and commenced several new, large, long-term contracts, predominantly with new clients based outside the UK. Our non-UK client base now represents some 78% of revenues. The bulk of this came from our embedded analyst offering, which has been our fastest growing service line, and has helped provide content for our high margin report subscription. These new contracts are beginning to feed into our monthly revenues, which we anticipate will provide further revenue growth in H2. The pipeline remains strong and continues to improve as do the quantum and quality of opportunities, many of which are international. We are further expanding our offering in the Assynt Report subscription service to add greater content, including further expansion into emerging markets such as sub-Saharan Africa.

We have continued to invest in our innovative technology platform (Project Furnace) which has the potential to support other data-driven business models. While we currently use this technology within our own SOC, we see the greatest opportunity for platform in areas beyond our core security services and we are evaluating appropriate strategies to best maximise returns from this investment.

The second half of the year has historically been a stronger period in terms of demand for our services and we are delighted that it has started well with increased activity for our cyber business. This combines well with the increase in recurring revenue for the Assynt division as it has moved into profitability in recent months. Our gross margins have recently improved, and we expect this trend to continue in the second half of the year.

The Board continues its focus on driving profitable top line growth and further reducing costs as it targets cashflow breakeven. Demand for our services is increasing as the Company sees strong growth in its sales pipeline. As a result, the Board is confident that the Company will deliver on its growth strategy and continues to view the future with optimism.

Group revenues grew by 21% to £2.64m (2018: £2.19m) with both divisions recording organic growth. The Cyber division grew by 16% to £1.71m from stronger utilisation and monitoring revenues and the Intelligence division grew by 31% to £0.93m as a result of a much larger base of recurring revenue contracts. This recurring revenue contract base grew significantly in September 2019 and was some 80% higher that it was in April 2019.

Overall margin fell from 36% to 32% primarily caused by certain aspects of utilisation and product mix in the Cyber division. This division’s margin fell from 42% to 30% attributable to investment in new staff, Solar Winds capacity, certain 3rd party costs and revenue mix. Action was taken to change processes and certain services with the result that margins have improved in recent months and further improvement is expected going forward. The Assynt business increased its gross margin from 25% to 36% as a result of a much stronger revenue performance and contribution from embedded analyst and report revenues.

Our overall underlying operating cost base increased by approximately 18% to £1.77m. Assynt costs increased by approximately £0.17m relating to business development in support of the increase in recurring revenue contracts. Cyber costs increased by £0.20m, although we do not expect all this increase to be reflected in H2 2019. A significant element of this increase was as a result of the expansion of sales and marketing costs, increasing support for anticipated Solar Winds sales, and approximately £70,000 relating to the reallocation of certain costs from central group (“Other Segment”). This was reflected in the annual results to 31 March 2019 but not in the interims for that period. Central overheads fell by c.£0.1m to £0.48m reflecting the redeployment of resources into operations and investment programs. Our average headcount in the period was 78 (2018: 68).

Overall, we expect our current operating cost base to support our revenue growth expectations in the near term.

As a result of the planned expansion our loss at this level increased from £0.71m to £0.93m.

The Group recorded £0.35m (2018: £0.08m) of items outside of usual trading. £0.13m related to non-capitalised development costs related to Project Furnace. A further £0.13m related to investment in infrastructure and the IT environment which has now been largely completed. The remaining £0.09m related to staff changes and a legal action to recover monies from former parties.

As a result of increased capital expenditure on infrastructure the Group’s depreciation charge increased to c.£0.07m (2018: £0.04m) on depreciation relating to physical assets and a further amortisation charge of c£0.16m (2018: £0.15m), of which the vast bulk related to the amortisation of intangibles in the Cyber division arising from acquired customer bases in prior financial years.

Loss for the period

As part of the planned expansion of capacity against Solar Wind and to support further Cyber division growth, specifically a larger talent pool, the SOC was relocated from Birmingham to Reading during the period. This has been accounted for as a lease under IFRS16 and an asset of £0.67m recorded relating to its future value, as well as an offsetting lease liability of £0.44m, have been recorded. These are expected to be amortised over a period of 5 years. Intangibles increased by £0.63m compared to September 2018. Approximately £0.46m of this relates to an IFRS3 revaluation of the good will intangible asset recorded in the accounts for the year ended 31 March 2018. The remainder represents investment in Project Furnace. The bulk of the capital investment program has been completed and a much lower level is planned going forward.

Trade and other receivables increased by approximately £0.58m compared with 30 September 2018. This was mainly due to higher business volumes and higher level of prepayments including rental deposits compared to that at 30 September 2018. Since then the receivables balances has fallen by circa £0.2m. Overall debtors fell from 31 March 2019, and certain overdue items were collected in October 2019. Debtors were largely in terms and at the end of the period and trade debtors represented approximately 47 days of sales (2018: 38 days), with the increase arising from short-term timing issues and collections have been strong since the balance sheet date. Contract Liabilities (deferred income) reduced slightly mainly caused by short term timing issues. Trade creditors were largely in terms and represented a normal trading cycle. Accrued revenues are converting to cash in a short timescale in line with previous periods.

Our cash resources were used to support investment reflected in trading losses in operations at both an operational level and capital expenditure level. As referenced above circa £0.35m of non-underlying expenditure was incurred. Our working capital profile was broadly neutral, and this reflected a relatively lower level of creditors compared to the period to 30 September 2018. Overall our net use of cash in operating activities was £1.27m (2018: £0.53m) reflecting a greater level of investment than in the prior period.

You can read the full FLX archive by clicking the EPIC code.