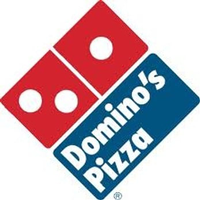 Article by: Charlotte Edwards 7th May 2019

“With continued like-for-like growth, the year has started well across our core UK and Republic of Ireland markets, which account for 90% of our business. Our digital expertise remains a key driver of customer engagement, with online accounting for a record 81.7% of total sales in the UK. We remain in open and ongoing dialogue with our UK franchisees, actively exploring win-win solutions for stimulating growth and new store openings.

Internationally, performance remains disappointing and trading visibility is limited. As we outlined at the full year results, we have new management in Norway, Sweden and Switzerland, and a heightened focus on store level performance. However, given persistently weak system sales in all our International markets we no longer expect this part of our business to break-even this year. We are therefore further tightening our focus on International costs and capital deployment. We will provide a further update at our first half results.”

UK & ROI system sales were up 4.8% in the quarter. In the UK, system sales were up 4.7%, with like-for-like growth, excluding stores in split territories, of 3.1%, maintaining a consistent pace of two-year like-for-like growth with recent quarters. Like-for-like order volumes were down 2.7%, items per order were up 0.7% and price was up 5.1%. Online sales growth continued to be very strong at 8.5%, with online accounting for 90.5% of delivery sales and a record 81.7% of total sales.

Four new stores opened in the UK during Q1, along with one planned store closure, taking the total to 1,106. This compares to nine store openings in Q1 2018. Since the end of Q1, we have opened a further three stores. A healthy pipeline of new stores remains, however openings continue to be impacted by ongoing franchisee discussions. We continue to engage actively with franchisees to support volume-driven growth and new store openings.

Product innovation remained strong during the period. Our new range of Delight pizzas, containing fewer than 650 calories, has been well received and we have now sold more than 1.6 million Cheeseburger pizzas, one of our most popular pizzas ever.

International system sales were up 1.1% in local currency, similar to the Q4 2018 rate of 1.5%. This performance is disappointing, and trading visibility remains limited. We have tightened our capital deployment and the immediate focus of the new management team is on improving performance across the existing estate, against a challenging market backdrop.

In Switzerland, local currency system sales were down 1.1%, with like-for-like sales down 8.4%, against a strong prior period and trading challenges for stores in the Geneva area.

In Iceland, local currency system sales growth was 3.0%, an improvement on the previous quarter as we benefited from the two stores opened in Q4 2018. Like-for-like sales were down 4.6%, impacted by a weak market overall.

In Norway, we have a total of 55 stores (Q1 FY18: 56 stores). This is made up of 12 Dolly Dimple’s stores (Q1 FY18: 23 stores) and 43 Domino’s stores (Q1 FY18: 33 stores). Local currency system sales growth in Domino’s-branded stores was up 12.9%, driven by the 10 store openings and conversions year on year. Total system sales in Norway were down 1.0% in local currency, below our expectations. We are developing a comprehensive turnaround plan for our business in Norway, which will be implemented in Q3, with the financial benefit delivered from Q4.

In Sweden, sales growth from our nine stores was 15.6% in local currency, driven by three new stores opened year on year.

The trading performance of our German associate was solid, with the Hallo Pizza conversions nearing completion.