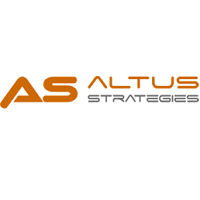 Q1: We’ve seen your announcement regarding Lakanfla, it looks like a very exciting project. How and when did Altus Strategies acquire it?

A1: It is a gold asset that’s located in Western Mali on a prolific gold producing belt. We picked the asset up as part of a transaction with Legend Gold which was a TSXV listed company that we made advances to at the back end of last year and finally acquired in January of this year.

Legend had a stunning portfolio of six properties in Mali, of which this was one, there were five others all of which are very exciting, one of them comes with a joint venture with an Australian listed gold miner, Resolute Mining.

So, we acquired it this year, but we had our eye on it since some time.

Q2: The project is just 6 kilometres away from Sadiola which is a very large multi-million-ounce gold mine, is Lakanfla potentially similar to that?

A2: To be confirmed. There are some very strong geological similarities between the work that’s been undertaken at Lakanfla and a couple of the ore deposits that are located at Sadiola.

Sadiola has reportedly had about 13 million ounces of gold resource defined and quite a bit of that has been mined out. There were a couple of projects there, or pits, called FE3 and FE4 and those are hosting a so-called karst style ore body which is a very particular geological type of formation. It results basically from the dissolution of a limestone often containing sulphides to create an acid really, that weathers down a low-grade gold source and creates a high-grade gold blanket at depth.

Some of the data that we’ve got from Lakanfla from the geophysics and the historic drilling that’s been done, as well as the presence up to a reported 10,000 gold miners at surface, suggests to us that there could be a number of similarities with those two pits at Sadiola.

There’s also another project located about 30 kilometres away operated by the same two companies that operate at Sadiola being IAMGOLD and Anglo Gold Ashanti. That project’s called Yatela and has had about 4.5 million ounces of resource defined, it’s now actually closed, as all of the gold has been mined out.

Lakanfla is in exactly the right location and has many characteristics similar to mines that are right next door, it’s very exciting from that point of view.

Q3: You talk about karst target, why is Lakanfla not been drilled for this?

A3: That the 64-million-dollar question, basically it pertains to the very deep bear market that the resource sector has suffered since the back end of 2011. Legend had these properties and they did a very good job of exploring the near-surface gold mineralisation at Lakanfla as well as some of the surrounding assets. They also undertook various geophysical programmes and, as I say, some drilling.

So, very unfortunately for the previous operator, the real valuable data came after the rigs were shut down and that creates a fantastic discovery opportunity for us.

Q4: How large do you feel the target at Lakanfla could be and it is fairly unique?

A4: Well, the target is around about 4 kilometres long and up to half a kilometre wide. We will be expecting the gold to be at depth, a number of drill holes were coincidently, almost by chance, drilled into the target area but none really got down to the depth we were looking at.

One of the holes that was drilled just off the target got down to about 165 metres and actually started intercepting sand and that is a very unique thing to find in a drill hole that far down. What is indicates is there’s been an unconformity occur and it’s likely that sand fell into a depression created by this so-called karstification process.

Q5: You mentioned at the beginning that you have a number of gold projects clustered together in Western Mali, how do they relate to each other?

A5: Four of those projects are located close to Lakanfla, we actually have a project called Diba, or Korali Sud, and that’s located about 13 kilometres to the south-west of Sadiola. Importantly, it has a historic oxide gold resource of around about 275,000 ounces already defined. Now, that resource may need to be updated to 43-101 and the key thing about those ounces is that they are very close to Sadiola, in fact they are truckable to deposit.

Sadiola is currently undergoing a negotiation between the two commercial owners and the Malian government, who have a strategic stake in that mine, in respect of building of sulphide plant and developing it underground potential there which is several million ounces. Whilst that’s going on, they may need to have an oxide source for their mill to keep the processing running and it could be that these ounces represent a very good opportunity for the operators of that mine.

Notwithstanding that, we would stress that the ounces that have been defined at Diba potentially could represent a standalone operation or at least the core of a standalone gold mining operation about which ounces from the other deposits, from the other four licence we have in the west including Lakanfla, could conceivable be trucked to.

We think there’s potentially a multi-million-ounce target within our four western gold licences in Mali.

Q6: As a project generator company, what are you plans for taking Altus Strategies forward?

A6: As a project generator, our business is to define assets and define targets and, to a limited extent, test those targets and prove their concept before we invite joint venture partners and other industry groups and strategic investors to partner with us. They carry those projects forward, ideally into production and development and we aim to retain a minority interest in the asset and a royalty on each one of those projects.

In the next few weeks and months, we expect to be having discussions with potential partners who are looking at this area, at Lakanfla specifically and also our neighbouring licences with a view to undertaking a transaction. That partner or strategic investor coming in, will finance the drilling of this target and we’re very much looking forward to the results from that when it happens.

You can read the full ALS archive by clicking the EPIC code.