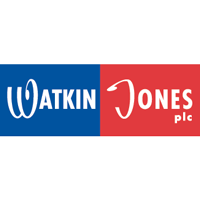 This morning’s announcement that Watkin Jones Plc (LON:WJG) has forward sold the student accommodation element of a development in Bournemouth takes to six the number of developments since the end of FY16 that have been forward sold. Importantly it also now means that all ten developments due to complete in FY17 have been forward sold. Combining the FY17 deliveries with the five projects forward sold, out of the eleven planned deliveries, in FY18 and one in FY19, visibility on gross profit coming from Student Accommodation in current year forecasts is high at c. 80%. This is ahead of the level achieved at the same point in the previous year and increases the visibility for FY18. Despite the recent rally in the share price, Watkin Jones trades on an attractive 10.1x earnings and yields 4.6%.

Bournemouth announcement means 100% of FY17 deliveries have been forward sold: The Christchurch Road development is larger and more complicated than most consisting of both commercial and student. Today’s announcement relates to the student development consisting of 454 beds (437 ensuite clusters and 17 self-contained studios). The development will be completed in the summer of 2017 ahead of the academic year 2017/18 that will start in the Autumn.

Delivering on strategy by building visibility on bed delivery across the forecast period: Watkin Jones plc has already secured 9,500 beds for delivery by FY19. At the time of the IPO management stated an intention to deliver between 3,000 and 4,000 annually. Assuming c. 3,500 annually, only a further 1,000 need to be secured to provide tangibility on the delivery of beds across the forecast period. This equates to three or four additional sites, assuming 250 to 350 beds per site.

Forward sold developments provide high revenue and profit visibility: Assuming 10,500 beds to be delivered in the three years to FY19, c. 60% have already been forward sold providing visibility on profitability from those developments. Sites that have been secured account for an additional 30% of forecast gross profit. Until these sites are forward sold, and the economics of the development are locked in, they do carry execution risk. However, Watkin Jones has proved adept at managing projects and maintaining gross margin. This leaves just three or four sites needing to be secured over the next twelve months to have visibility on 100% of forecast revenue.

Valuation not reflective of forecast certainty and strong investment market: The pipeline of forward sold and secured with planning sites continues to increase providing visibility not just in the current year but across the forecast period. This is supported by the investment market which remains strong with rent increases and yield compression continuing to drive GDVs. The 10x earnings multiple does not look stretched on these fundamentals and a 12x multiple would equate to a 160p, c. 16% above Friday’s close. In addition, the shares yield a prospective 4.6%.

You can read the full WJG archive by clicking the EPIC code.