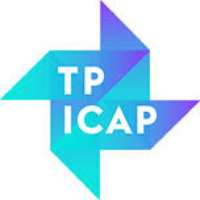 Louis Capital operates in London and Paris, with other offices in New York, Hong Kong and Tel Aviv. The group has 77 front-office employees and specialises in cash equities and equity derivatives, fixed income and small cap advisory services. Michael Benhamou and Patrice Cohen who founded and led Louis Capital will remain as senior management.

Completion of the transaction is expected to take place in the first quarter of 2020 and is subject to customary completion deliverables and certain other customary commercial conditions as well as regulatory approval by the Financial Conduct Authority in the UK, the Financial Industry Regulatory Authority in the U.S. and other relevant regulators. .

The initial consideration for the acquisition is $21 million in cash payable at Completion (such amount being subject to adjustment based on the level of regulatory capital, working capital and net cash in Louis Capital at completion) with deferred non-contingent consideration of $6 million that will be paid over two years. There is a further $17 million of deferred contingent consideration that may be payable dependent upon the performance of the business over three to five years. Finally, there is potential additional consideration via a profit share dependent upon the performance of the business. These subsequent payments will be satisfied through cash payments. TP ICAP expects the acquisition to be earnings accretive from the first year of acquisition on an underlying basis and from the second year on a reported basis.

Michael Benhamou and Patrice Cohen, co-CEOs of Louis Capital said “We strongly believe that the Louis Capital business will be an excellent cultural fit to TP ICAP. We are committed to developing it further within the group.”

You can read the full TCAP archive by clicking the EPIC code.

TP ICAP Appoint Mark Hemsley to the board