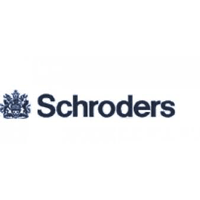 During the six month period ended 31 March 2019, the Company’s net asset value produced a total return of 2.2% compared to a total return of 1.9% for the benchmark. The marginal outperformance was driven by stock selection.

Further analysis of performance may be found in the Manager’s Review.

Following its annual review of management arrangements, the board has agreed a reduction in management fee charged to shareholders. The first tier will be removed and fees will be charged at the rate of 0.80% per annum on the first £600 million of assets and 0.75% per annum thereafter, compared to the current fee of 0.90% per annum on the first £300 million, 0.80% on £300 million – £600 million and 0.75% thereafter. The fee will continue to be charged on the value of the Company’s assets under management, net of current liabilities other than short-term borrowings.

During the period, the board continued to monitor the discount and on 18 December 2018 repurchased 100,000 shares for cancellation. Over the period, the discount reduced from 12.7% at the start of the period to 9.7%. The reduction in the discount, and the share price total return of 6.0% reflects a pick up in interest in the Company’s shares.

The board continues to review its ongoing composition in line with its succession policy. As outlined in my statement in the 2018 annual report, during the period, the nomination committee undertook a search for a new director. I am pleased to welcome Vivien Gould to the board following her appointment by the board, as announced on 21 May 2019. In accordance with the Company’s articles of association, a resolution to elect her as a director of the Company will be proposed at the 2020 Annual General Meeting.

The Company was 2.6% geared at the beginning of the period, and as at 31 March 2019 the Company held 6.4% net cash. Average gearing during the period was 2.3%. The level of gearing continues to operate within pre-agreed levels so that net gearing does not represent more than 20% of shareholders’ funds.

After the period end, on 24 April 2019 the Company renewed its loan facility, increasing the committed amount from £75 million to £100 million. This will allow the Company to continue to take advantage of attractive opportunities in the market as they arise.

Following a competitive tender process which excluded the incumbent, PwC LLP, on the grounds of length of service, the board approved the appointment of Ernst & Young LLP as the Company’s auditor for the financial year ending 30 September 2019.

The appointment of Ernst & Young LLP as auditor for the financial year ending 30 September 2020 will be subject to approval by shareholders at the Company’s next Annual General Meeting, to be held in January 2020. The board would like to thank PwC LLP, which formally ceased to hold office as the Company’s auditor on 31 May 2019, for its professional service to the Company during its tenure in office. In accordance with legislative requirements, a copy of PwC’s resignation letter, including a statement of its reasons for ceasing to hold office, is being circulated to all shareholders.

There is a sense that the trade frictions between China and the US are approaching a pivotal moment. While the outcome is hard to anticipate, and will remain a major influence on short-term market movements, we want the portfolio to stay true to what created its historic success: finding Asia’s winners.

Asia is full of companies ideally placed to create or exploit the technologies of the future and the continued growth of the local economies. Your Company will continue to provide investors with a carefully selected portfolio of the best of them.

You can read the full SDP archive by clicking the EPIC code.