President Energy Q&A “enthusiasm in our step in terms of where we go” (LON:PPC) 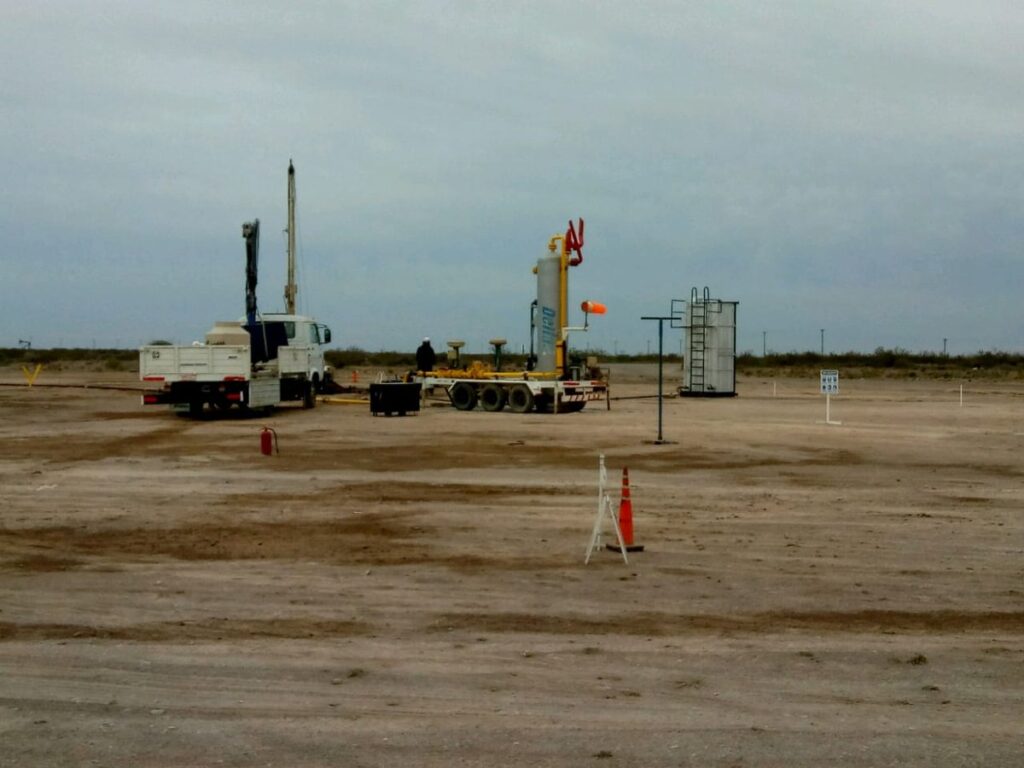 President Energy plc (LON:PPC) Chairman and Chief Executive Officer Peter Levine caught up with DirectorsTalk for an exclusive interview to discuss their latest drilling update, what this means for the company, the next steps and what investors should be looking out for in the coming months.

Q1: Now I understand that you’ve made an important announcement this morning, can you just talk us through the highlights?

A1: It’s a very pleasing announcement for President Energy, actually, because what we’re announcing is the results of our testing of the exploration well which we successfully drilled in the last month and beginning of this month.

In Q4 drilling campaign, we’ve drilled two wells, one was a successful gas well which will be on stream at the end of this month but that was a development well. What I mean by that, as a development well is it was always a structure which has produced so all you’re doing is you’re developing further the hydrocarbons in that known producing structure.

However, what we’ve announced today on Estancia Vieja North exploration 1 well is completely different because this well was an exploration well, an exploration has substantially greater risks than a development well and it’d all down to delivery of the drilling and, of course, your subsurface team and not an insubstantial amount of luck and anybody who says that need luck in exploration, doesn’t understand exploration.

So, the bottom line here is that we have tested the well, we’ve already announced previously that we’ve logged two hydrocarbon intervals tools, one principally of oil and one with gas, the oil being the lower as is normal as your test from the bottom up.

We tested the oil and this was on a structure which has never been drilled before, never been identified as a structure, is near our existing Estancia Vieja field but it’s north of that, on the other side, and it never been touched.

What we’ve done is we’ve drilled it, as we’ve said before, and now we’ve tested it and oil has come to surface, actually free floating oil has come to surface. That means we’ve not stimulated it by swabbing, we’ve not stimulated by a pump, it’s just come up because of the pressure. It’s good quality oil, it’s 36 API, it’s light oil, and we’re very pleased with the results because obviously it’s a first and our medium pre-bill estimates, we’re looking at initial production over 200. Just how over 200, it will be wrong to say at this stage, we would prefer to err on the side of caution, simply because there’s no analogues, it’s alright testing at over 36 hours but in terms of longer term production, you want to see what’s going to happen to the reservoir, especially where there’s going to be water coming through and such like.

So, the good part of this is that we can call it a discovery, it’s an exploration well, if you’ve identified oil, you’ve found oil where no one has found old before. It’s very good, it adds to our ability to produce overall, but not only that, it opens up the possibility of other wells on the structure which we are taking, again, a very careful view on. We’re looking at how the production profile goes over the next two or three months and then we’ve got a more educated and mature view of just the capability of this structure and down to this structure, we’ll be able to have at least one more oil well.

Now, it’s also important to note that we haven’t touched the gas interval which has been identified by the logs. Now, we’re pretty confident that that will produce but as we have, first of all, tested and produced from the lower oil section, there’s no point going up north as the gas will produce from the oil and, as and when it’s appropriate, for example, when the oil comes down to nothing or not material amounts, then we’ll look at going up the scale and up the hole and then we’ll perforate and we’ll test.

We feel pretty confident we’ll produce the gas as well when that should be producing likewise, at a pretty significant rate because we can see from analogues, the productivity of gas here. That’s a bit more consistent than certainly the oil which, again I say, was something that we projected but it’s very nice to find.

So, all in all, a success, and it’s a not insignificant success, it is very nice to find oil where other people, and there have been other people investigating these blocks in the past, our predecessors have not produced any oil from.

Q2: So, what does this mean for the company then?

A2: Well, it opens up a new structure for us which is interesting because we’re always hungry to increase our organic assets and this is an organic asset and it demonstrates that we’ve got running room in our existing assets.

So, we’re going to wait and see, it will, of course, immediately mean that lift in our production, just how much, again we can’t say.

By the way, I did forget to mention for which I apologise, but at the same time it’s producing oil from the section, it also produced associated gas so this is not a gas section but the gas comes with the oil and the gas itself is not also insubstantial either. We’re going to monetise that gas so we’re going to be selling that gas in due course, and because it’s relatively near Estancia Vieja main infrastructure to be able to put it on production, it’s going to be very quick, and it’s all going to be in the next 14 days.

So, it means immediate production,  in the medium term it gives us prospectivity for that structure as a whole, and it gives us a bit of an enthusiasm in our step in terms of where we go. It’s very nice to do and especially because we brought this well on time and on budget.

Q3: What are the next steps? I know you said they’re going to bring it on in 14 days, what next?

A3: As well as this one in 14 days, we’ve got the well that we just drilled previously, the first well which is Las Bases 1001 and that comes on stream at the end of the month and that’s, in terms of barrels of oil equivalent, it’s a gas well, about 600 barrels of oil equivalent. So, you can see it’s all adding up, we’re all putting points on the board, as it were here.

So again, it’s a bit of a domino effect really about the things that we can do.

In 2021, what this does is gives us the belief, the strength, and the conviction to be drilling as we said in our presentation, which I invite your listeners to look at on our website, the latest presentation, where we talk about next wells.

We’ve got three in Rio Negro in Argentina to drill which are on the blocks, we’ve got two in Salta and we like the look of Salta, we’ve been re-costing it, the price we want has come down and we still got that one in Paraguay.

So, there’s lots of running room and these are all organic, ignoring anything else that we may be acquiring in due course and as you listeners may know, and those who’ve read the presentation, we do have running room in terms of financial flexibility. We’ve got minimal debt and we would certainly not rule out there being the right acquisitions in due course but it’s got to be the right acquisitions, particularly bearing in mind that we’ve got all this running room organically.

Q4: Finally, what else can investors expect over the coming months from President Energy? Is there anything that they should be looking out for in terms of other news flow?

A4: Yes, we anticipate talking about the putting online of production of this well and seeing how it’s going, this is all before the end of the year, the putting online of the gas wells, the final installation of the compressors and the facilities and the commencement of infrastructure planning on a not insignificant project to reduce our opex which we’ll talk about in due course.

I don’t anticipate any news before the end of the year in the advanced discussions that we’re having on Paraguay, on the exploration, I might be surprised but I want to manage expectations. Fingers crossed, it’s not done until the fat lady sings. So far so good on those discussions but absolutely no guarantee, people shouldn’t invest on the basis of that, certainly I wouldn’t recommend it. Having said that, from an internal point of view, we’ve been working hard at it.

So that is where we’re coming from, we’re going to be announcing production wells and well plans, probably the end of January or thereabouts, we’ll be talking about the actual concrete plans for drilling in 2021 but certainly, there will be drilling in 2021.

What we’ve got to look forward to now, between now and the end of the year, is announcements on the fruits of our labour this year in rising to the challenges of COVID and protections for our people and expanding our offering in terms of production.