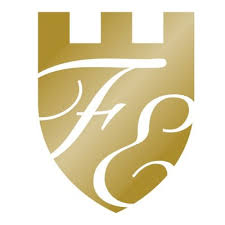 The Sandfire (SFR) acquisition of MOD Resources is a transformational transaction for Metal Tiger (LON:MTR). It gives MTR an immediate equity asset windfall uplift and provides market evidence of its successful value creation, through an effective project/asset selection, due diligence process and investment execution via a high calibre and accomplished team of resource and finance professionals.

In this First Equity Limited (FEL) initiation research note, we analyse and value each MTR private and listed investment and direct projects to derive a valuation and resultant share price target.

– Proof of investment and development execution shown by near 3-fold return on investment achieved on MOD sale, with MTR’s ASX-listed SFR equity worth £22m (+£0.55m dividend to be paid 29 Nov) versus an initial investment of £7.7m. – MTR has a capped US$2m net smelter royalty interest over the T3 copper deposit and uncapped 2% royalty over the Tshukudu exploration acreage.

– Near-term exploration newsflow expected via majority-owned Kalahari Metals Limited (KML), which has strategically held ground in Botswana’s exploration target rich Kalahari Copper Belt near to T3 and could be rapidly moved up the project advancement curve. Results from an inaugural drilling campaign over 2,008 metres on two project areas are awaited.

– By holding equity in a liquid mid-tier stock such as SFR, MTR has the flexibility to choose a number of options, e.g. (1) leverage, borrow funds against SFR at a competitive rate to invest in other projects; (2) buy-back MTR shares at lower levels to enhance net asset value or (3) use SFR proceeds to accelerate development of other projects.

– With ownership of a stable dividend paying stock, if MTR retains all its SFR stake, an est. cash inflow of circa A$2.4m p.a. could be excepted, which can be utilised to finance other MTR projects and investments. A dividend of A$1m is due to be shortly added to MTR’s bank balance (SFR ex. div 14 Nov) on 29 Nov.

A prudent valuation methodology is adopted on each project and investment to derive a baseline valuation and price target. KML is valued on an implied risk value of £4m, which probably understates its full upside potential, given its ‘company maker’ potential considering that management achieved a near 3-fold return on the similar MOD investment. Thailand assets are valued at £7m, a figure computed at a 2% in-the-ground value for just the ‘Indicated’ resource at its brownfield JV site. Upside from the Thai JV in terms of resource upgrade and other exploration properties are not factored into our numbers.

MTR’s equity holding in SFR (£22m, 6.3m shares @ A$6.34) comprises over half of MTR’s total estimated asset value of £38.7m, or 2.5p per share, compared to a 1.71p value per share reported in recent interims (30/06/19), and represents a potential upside of 85% from the current market price of 1.35p. If SFR’s growth expectations are fulfilled at T3 and other projects advanced, and against the background of a potential improving copper price environment, we could see a SFR capital appreciation of at least +27%. Due to these compelling factors, we recommend the shares in Metal Tiger plc as a ‘Buy’. BUY METAL TIGER plc (MTR.L) – 10 Oct 2019 Metal Tiger plc – FEL Broker Note 10/10/2019 2

The recent acquisition by Sandfire Resources for the outstanding shares in MOD Resources, in which MTR held a significant stake, is a landmark event for the Group and proves its strategy to invest in early stage projects and realise value is paying off.

From the acquisition deal, MTR now has an equity stake in Sandfire Resources worth around A$39.9m (£21.9m). This represents a near 3-fold increase on its investment in MOD Resources of £7.7m. In addition, the Group can look forward to the payment of a A$1m dividend next month.

At the same time MTR has retained a capped US$2m royalty over the T3 copper development project, along with an uncapped 2% net smelter royalty over the Tshukudu exploration tenements, covering 8,000 sq.km. The value of this net smelter royalty could increase rapidly as Sandfire potentially adds significant resource tonnes nearby to the planned T3 project to provide higher grade feed for the plant. MOD’s disposal to a midtier company such as Sandfire, with production expertise and financial clout, could also help enhance the value of nearby exploration assets in Botswana, such as MTR’s majority held stake in Kalahari Metals.

By holding equity in a liquid asset with a market cap of A$1.0bn and average traded monetary volume per day of A$7.9m (over last 3-months), MTR has an opportunity to borrow against its Sandfire holding to finance other investments and acquisitions, without the need to dilute existing shareholders. Alternatively, if MTR’s shares move lower, the management could initiate a share buy-back programme (subject to obtaining shareholder approval) to support the share price and enhance the Group’s price/NAV by borrowing against its Sandfire position or liquidating some of its Sandfire equity. Indeed, the CEO, Michael McNeilly, hinted at this possibility on 1 Oct ‘19, that a share buy-back “could be the best use of capital for the Company” in order to “eliminate discount to the net asset value”.

Key to MTR’s successful project selection and investment execution is the comprehensive amount of due diligence undertaken by its high calibre in-house team of geologists and corporate financiers.

Heading up the team is Chief Executive Officer (CEO) Michael McNeilly, who has nearly 3 years at the helm of Metal Tiger plc and experience on Boards such as Greatland Gold and MOD Resources, amongst others and whose influence was instrumental in the successful Sandfire acquisition of MOD. He also draws upon his corporate finance experience gained from working in the City of London for Arden Partners and Allenby Capital. Mark Potter the Chief Investment Officer (CIO), is a founder and partner at investment management and advisory firm Sita Capital Partners LLP and previously a Director and CIO of Anglo Pacific Group, a listed resources and royalty company. In addition, Mark was a founder member and Principal for Audley Capital Advisors LLP, an activist hedge fund, where he had the remit for managing natural resource investments.

The most senior geologist is the highly accomplished Terry Grammar, who is a nonexecutive director at MTR, with over 40 years’ experience. He discovered the Cosmos Nickel deposit as geologist for ASX-listed Jubilee Mines NL, which went onto become an ASX-200 company. From a shareholders’ perspective, the stand-out achievement is his involvement with ASX listed Sirius Resources NL between ‘10 and ‘15, where in the post of director he helped move the company through the project development cycle on its Western Australian Nova nickel and copper deposit. Sirius Resources rose an astonishing 100-fold, from A$0.05 in July ‘12 to A$5.00 in early ’13.

Other directors include non-executive Chairman Charles Hall, an international Banker with over 30 years of experience at HSBC and mining engineer Neville Bergin, who is a non-executive director.

Strategic Investments, these are large value investments, where the management aim to provide some form of influence over investee companies in order to add value to the holding via improved corporate governance, financial and technical expertise. The largest strategic stake and one of the most successful investments is the equity interest held in Sandfire Resources, gained from the recent MOD Resources acquisition. Another noted success is Greatland Gold, which has generated a £2.4m return, with a 7x return on investment.

Direct Projects, consists of projects such as Kalahari Metals in Botswana and early to late stage licences in Thailand that are mostly majority owned by MTR or subject to Joint Venture Agreements or investments near to an IPO or another exit event such as a merger and acquisition transaction. The management seek to play an active role in terms of providing financial, technical or corporate expertise to develop and enhance project value.

On-Market Investments, direct purchases made of listed mining and exploration companies, where the Group seeks to make a large capital gain in the short to long term, and capitalise on the mis-pricing of commodities or underlying mining and exploration properties from equities listed on a range of markets from London’s AIM to Australian ASX or Canadian TSX markets. MTR has also built up a portfolio of warrant instruments, issued as part of secondary placing equity issues.