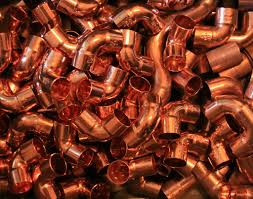 Metal Tiger plc (LON:MTR), the London Stock Exchange AIM listed investor in strategic natural resource opportunities, has today provided an update on Cobre Limited, in which the Company has a 19.99% interest.

Drilling is now underway at the Perrinvale Project, Western Australia, in which Cobre hold an 80% interest. It is proposed that the initial programme will include approximately 1,000m of diamond core drilling at three prospects: Zinco Lago; Schwabe; and Monti. Work is targeting an extension of the high-grade volcanogenic massive sulphide (“VMS”) mineralisation identified at the Schwabe Prospect in June 2019 (5m @ 9.75% Cu, 3.2g/t Au, 34g/t Ag & 3.1% Zn from 50m) as outlined in the Cobre’s listing prospectus.

The Zinco Lago Prospect is being drilled first, with the objective of investigating the historically reported near-surface copper and zinc drilling results from the 1970s. The drill rig will then move over to the Schwabe Prospect, with the objective of extending out the June 2019 high-grade drill intercepts, before finally moving to the Monti Prospect which has similar geology to the Schwabe Prospect, and which has surface gossans extending over a 700m strike.

Further details on the drilling programme is set out in the Cobre announcement of today, which can be accessed via the following hyperlink: https://www.asx.com.au/asxpdf/20200205/pdf/44dv3hpn2dkfdf.pdf

In June 2019, Cobre undertook an initial reverse circulation drilling programme within the Perrinvale tenements, in order to investigate targets identified by an earlier electromagnetic survey. At that time, the drilling programme intersected high-grade VMS style base metal and gold mineralisation at shallow depth. The best assayed intercept was at the Schwabe Prospect with 5m at 9.8% copper, 3.2g/t gold, 34g/t silver and 3.1% zinc at 50m depth. Subsequently, Cobre completed an airborne electromagnetic survey within the Perrinvale Project area and identified ten potential VMS prospects.

Cobre is an Australian based and focused exploration company seeking to create shareholder value through the successful exploration of base metal projects. It listed on the ASX in January 2020, under the ticker CBE, in conjunction with an oversubscribed IPO raising A$10 million.

Cobre is the 80% owner of Toucan Gold Pty Ltd, which holds a group of tenements collectively referred to as the Perrinvale Project in central Western Australia. Michael McNeilly, Chief Executive Officer of Metal Tiger, is a Non-Executive Director on the Board of Cobre. Further details on Cobre is available on their website: http://www.cobre.com.au.

“We are delighted to report the commencement of the Perrinvale Project diamond drilling programme, in Western Australia, where Cobre is targeting volcanogenic massive sulphide prospects and extensions to the high-grade base metal and gold drilling intercepts they made during June 2019. We look forward to further updates from Cobre as the work proceeds and when assay results become available.”

Metal Tiger Investment of A$3.33 million into Southern Gold Limited