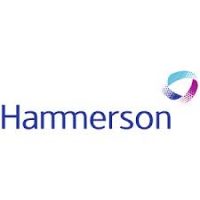 Hammerson plc (LON: HMSO) has announced the appointment of Méka Brunel as a Non-Executive Director with effect from 1st December 2019. She will also become a member of the Investment & Disposal Committee and the Nomination Committee.

Méka is the Chief Executive of Gecina, the Euronext listed Paris-based real estate investment trust which owns a circa €19.9bn portfolio of French office and residential assets.

Méka has built a long and successful career within the real estate industry. Her early career saw her involved in construction, undertaking various roles delivering major residential and office development sites and managing office portfolios. In 2003 she joined Gecina as Executive Director of Strategic Development, when the company she was working for merged with the business. In 2006, Méka was appointed Chief Executive of Eurosic, the office REIT, a role she held for three years before becoming European President of Ivanhoé Cambridge Inc in 2009.

Méka returned to Gecina in 2014, joining the board as a non-executive director before being appointed as its Chief Executive in 2017.

She was appointed in October 2017 to chair the Métropole du Grand Paris. Previously, she served as a non-executive director of Credit Foncier de France, the chair of France Green Building Council and vice-chairman of EPRA. She is a civil engineer, holds an MBA from the HEC Paris School of Management and is a Fellow of RICS.

David Tyler, Hammerson plc Chair of the Board, said:

“Méka has exceptional experience in the European real estate sector and we look forward very much to welcoming her to our Board. With close to half of our property portfolio outside of the UK, we are pleased to strengthen our European expertise. In addition, as we build momentum with our City Quarters concept, we will benefit from her experience and skills in property outside of retail.”

You can read the full HMSO archive by clicking the EPIC code.

© 2020 - DirectorsTalk Interviews. All rights reserved. Reproduction in whole or in part, in any form or medium without express written permission is prohibited.
<script type='text/javascript' src='//www.directorstalkinterviews.com/wp-content/plugins/a3-lazy-load/assets/js/jquery.lazyloadxt.srcset.min.j