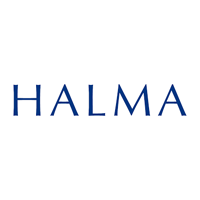 Halma (LON:HLMA), the FTSE100 group of life-saving technology companies, today released its scheduled trading update, for the period from 1 April 2019 to date, and is also updating on recent management changes on its Executive Board.

Halma made good progress in this period. The Group’s performance was in line with the Board’s expectations and included further organic constant currency revenue growth against a strong comparative period in the first half of 2019. Order intake was ahead of revenue and was also ahead of the same period last year.

All sectors delivered organic constant currency revenue growth. The Environmental & Analysis sector performed well, while the Medical and Infrastructure Safety sectors saw more modest rates of growth.  Revenue growth in Process Safety was in line with the second half of last year.

There was widespread growth geographically, with organic constant currency revenue increases in all major regions. There were good rates of growth in the UK and the USA, with more moderate growth in Europe and Asia-Pacific. The weakness of Sterling is having a positive currency translation effect on the Group’s results (see Note 2).

Cash generation remains strong and our financial position remains robust, allowing us to support continued investment in growth, both organically and by acquisition.

We have a healthy acquisition pipeline and our M&A teams continue to be active. In July, we announced that we had completed the acquisition of the Ampac Group, a leading fire and evacuation systems supplier in the Australian and New Zealand markets, for A$135 million (£74 million) on a cash and debt free basis. We also made two small bolt-on acquisitions in the period in the UK and France, both in the Environmental & Analysis sector, for a maximum total consideration of c.£7 million. The integrations of these acquisitions are progressing well.

During the period there have been three changes to Halma’s Executive Board arising from planned succession processes and the evolution of our operational and digital growth strategies.

Laura joined Halma as Divisional Chief Executive, Medical & Environmental on January 1, 2019 from Medtronic where she was Vice President and General Manager for MDI Solutions at Medtronic Diabetes. Prior to Medtronic, Laura was Chief Commercial Officer at Exact Sciences Corporation, responsible for sales, marketing, market access and medical affairs. Earlier in her career she held escalating leadership roles at General Electric, including GE Healthcare Lunar, and drove several acquisitions for GE Healthcare.

As announced in July 2019, Adam will support Laura in her transition to ensure an orderly handover occurs and he will remain on the Executive Board and the plc Board until July 2020. He has agreed to support Halma beyond this date until mid-2021 should we need it.

Ruwan De Soyza has joined Halma as our General Counsel and Company Secretary following the retirement of Carol Chesney. This is a newly created role on Halma’s Executive Board, with global responsibility for the Group’s legal, compliance, governance and company secretarial affairs.

Before joining Halma, Ruwan was the Deputy General Counsel and Head of Public Policy and Government Affairs at Worldpay Inc, the NYSE listed payment processing company, having been Group General Counsel of Worldpay Group plc. Prior to that, Ruwan held positions at Standard Chartered Bank, Accenture and Clifford Chance LLP. He holds a Diploma in Law and a Mechanical Engineering degree and is qualified as a solicitor in England and Wales.

Catherine Michel has joined Halma as our first Chief Technology Officer, a newly created role on Halma’s Executive Board, with global responsibility for IT and digital architecture. Prior to joining Halma, Catherine was Chief Technology Officer and Chief Strategy Officer at Sigma Systems. Catherine began her career at Accenture and was founder and CTO of Tribold (later acquired by Sigma Systems in 2013). Catherine will work closely with Inken Braunschmidt in her role of driving the execution of Halma’s Digital and Innovation strategy.

‘These appointments bring important new capabilities to our Executive Board which are aligned with our organic and acquisition growth strategies. Laura, Ruwan and Catherine have all demonstrated a strong understanding of Halma’s unique operating culture and will work closely with our sector and company Boards to help them achieve their growth ambitions.’

You can read the full HLMA archive by clicking the EPIC code.