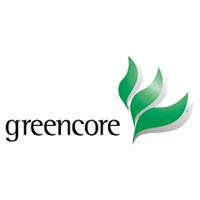 Greencore Group plc (LON:GNC), a leading manufacturer of convenience foods in the UK, today issues a trading update covering the 13 weeks to 28 December 2018.

Overall, the Group performed well against its organisational, commercial, operational and financial objectives in what were continued challenging trading conditions.

The Group achieved revenue from continuing operations of £363.5m in Q1. On a pro forma basis, excluding disposed sites and those that have ceased trading, revenue increased by 5.8% in the quarter, driven in particular by growth in food to go categories. Revenue decreased 5.7% on a reported basis.

Growth in Q1 was driven by the Group’s activities in food to go categories, where both pro forma and reported revenue increased by 6.4%. Revenue in the rest of the Group’s continuing operations increased by 4.7% on a pro forma basis in Q1, but decreased by 21.2% on a reported basis.

The Group received the net proceeds from the disposal of its US business in Q1. The Group also repaid certain borrowings and relevant derivative financial instruments, ending the period in a net cash position.

In December 2018 Greencore announced its intention to return up to approximately £509m by way of a tender offer, at a price of 195 pence per ordinary share. Completion of the tender offer is conditional on shareholder approval at the Annual General Meeting today.

The Group also completed the refinancing of its primary debt agreements in January 2019. Following this refinancing, the Group has committed facilities of £462m with a weighted average maturity of 4.7 years.

Greencore has made an encouraging start to the year. The Group reaffirms the outlook statement for continuing operations in the current financial year that was included in the FY18 results statement on 4 December 2018:

The Group anticipates continued underlying revenue growth in its key convenience food categories. Adjusted Operating Profit growth will be driven by this revenue growth, improved operational performance, and by a planned review of central overheads. Although the Group believes the risks from Brexit are manageable in the medium-term, the near-term challenges associated with a ‘no withdrawal agreement’ are uncertain. A strengthened balance sheet and strong underlying free cash generation leaves the Group well positioned to consider organic and inorganic investment consistent with its strategic and returns objectives. Over the medium term, the Group expects that its market positioning, capability set, customer profile, well invested asset network and proven economic model will generate strong growth, cash generation and returns.

You can read the full GNC archive by clicking the EPIC code.