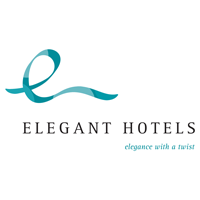 Article by: Charlotte Edwards 8th May 2019

Elegant Hotels Group Plc (LON:EHG) has this morning announced H1 results that should position it well to deliver market expectations. There was a marginal decline in ADR offset by slightly higher levels of occupancy, delivering a 1.0% increase in RevPAR. We are tweaking down our forecasts to move in line with the lower end of the consensus range to reflect a tougher rate environment driven by increased competition in the all-inclusive segment of the market as well as increased VAT. That said, we believe the shares represent good long-term value, trading at a 54% discount to NAV, with a yield of 5.7%.

 H1 results: Revenue was +3% YOY with REVPAR +1% YOY (+1% occupancy and -1% ADR). This led to a YOY increase in adjusted EBITDA of 7.0%, with adjusted PBT +5%. This resulted in a 27% YOY increase in adjusted EPS to 13.3c, which was largely driven by a significantly lower tax rate of 1.5%. The interim dividend was confirmed at 1.33p per share, in line with the rebased dividend policy and flat year on year. The NAV has been reported at 156p per share.

 Key performance drivers: Elegant Hotels saw revenue grow 3% YoY driven by a strong performance at Treasure Beach, the group’s most recently acquired property, delivering its first full period of results having opened in mid-December 2017. There were also strong performances at Crystal Cove, Waves and Turtle Beach, offset by weaker performances in non-all-inclusive hotels, with the exception of Treasure Beach. Overall occupancy was up one percentage point to 68% driven by Treasure Beach and the all-inclusive properties, as the group used targeted discounting to drive higher occupancy in key hotels. Discounting activities resulted in a 1.0% decline in ADR across the group despite modest rate increases at most of the properties. RevPAR at a group level was up 1.0% to $364. Adjusted EBITDA was $16.4m up 7.0% YOY, this represents 67% of our full year forecast (76% in 2018A). The group reported NAV per share of 156p 118% above the current share price and a 13p increase YOY.

 Forecasts: We have reflected the IFRS 15 changes into our forecasts as previously flagged. While this changes the shape of margin structure of the business the impact on adjusted EBITDA is minimal. However, we have taken this opportunity to reduce our rate assumptions throughout the forecast period reflecting increased competition and VAT. This reduces adjusted EBITDA by 3.7% and 3.8% in 2019 and 2020E albeit the impact on EPS is minimal as we now assume a lower tax rate of 5% vs. 10% previously assumed.

 Investment view: We believe the valuation remains compelling trading on a 2019E P/E of 7.2x and an EV/EBITDA of 7.1x. The shares have significant asset backing and are trading at a 56% discount to current NAV of 156p. We therefore believe there is long-term value in the shares