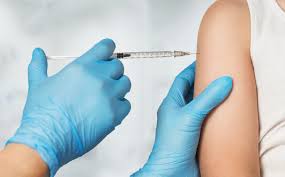 Fasenra demonstrated a statistically significant improvement in the endoscopic total nasal polyp score (NPS) and the nasal blockage score (NBS) compared to placebo, in patients with severe bilateral nasal polyposis who were still symptomatic despite continued treatment with standard of care (SoC). SoC consists of intranasal corticosteroids (INCS) and prior surgery and/or use of systemic corticosteroids. Evaluation of NPS was based on a physician assessment of polyp size during endoscopy. NBS evaluation was based on a patient-reported symptoms diary.

CRSwNP is an inflammatory disease associated with elevated levels of eosinophils in the upper respiratory tract and characterised by benign growths called nasal polyps.1,2 Polyps can cause nasal blockage and discharge, reduction or loss in the sense of smell, sleep disturbances and other adverse effects on quality of life.3-5

Professor Claus Bachert, Head of the Department of Oto-Rhino-Laryngology and Chair of the Upper Airway Research Laboratory, University Hospital Ghent, Belgium, the principal investigator of the trial, said: “Chronic rhinosinusitis with nasal polyps is difficult to treat and the underlying drivers and natural history of the disease are not fully established. The OSTRO results show that Fasenra’s eosinophil-depleting mechanism of action may benefit patients with this often debilitating condition.”

Mene Pangalos, Executive Vice President, BioPharmaceuticals R&D, said: “Patients with chronic rhinosinusitis with nasal polyps suffer significantly with nasal congestion and a reduced quality of life. Current treatments, such as intranasal or oral corticosteroids and surgery to remove polyps, do not fully address patient needs. The OSTRO data indicate Fasenra can benefit patients with nasal polyps. We look forward to completing the full analysis and sharing these results at an upcoming medical meeting.”

The safety profile and tolerability of Fasenra in this trial were consistent with the known profile of the medicine.

Chronic rhinosinusitis with nasal polyps (CRSwNP) is characterised by persistent inflammation of the mucous membrane lining the nasal passages and sinuses accompanied by benign growths, called nasal polyps.6,7 Nasal polyps can block nasal passages and lead to breathing problems, reduction in the sense of smell, nasal discharge, sleep disturbance and other adverse effects on quality of life.3-5 The disease is associated with elevated levels of eosinophils, a type of white blood cell, accumulating in the upper respiratory tract.2

Current treatments for nasal polyps include intranasal or oral corticosteroids (OCS) and surgery to remove polyps, but these often do not address the underlying cause of the disease and the need for repeated interventions can be high. Since 2019, other biologic medicines have been approved or recommended to treat nasal polyps.4,10

OSTRO is part of AstraZeneca’s clinical trial programme for Fasenra in CRSwNP which also includes the ongoing Phase III ORCHID trial, among others.11

OSTRO is a randomised, double-blinded, multi-centre, parallel-group, 56-week Phase III trial to evaluate the efficacy and safety of Fasenra compared to placebo in patients with nasal polyposis.12 Fasenra was evaluated in patients, regardless of blood eosinophil count with or without asthma, who were symptomatic despite SoC therapy, including current use of INCS and prior surgery and/or use of systemic corticosteroids. Patients were randomised to receive either Fasenra 30mg or placebo subcutaneously every four weeks for the first three doses and every eight weeks thereafter.12

Fasenra (benralizumab) is a monoclonal antibody that binds directly to IL-5 receptor alpha on eosinophils and attracts natural killer cells to induce rapid and near-complete depletion of eosinophils via apoptosis (programmed cell death).13,14

Fasenra is in development for other eosinophilic diseases and chronic obstructive pulmonary disease.15-19 The US Food and Drug Administration granted Orphan Drug Designation for Fasenra for the treatment of eosinophilic granulomatosis with polyangiitis in 2018, and hypereosinophilic syndrome and eosinophilic oesophagitis in 2019.

Fasenra was developed by AstraZeneca and is in-licensed from BioWa, Inc., a wholly-owned subsidiary of Kyowa Kirin Co., Ltd., Japan.

You can read the full AZN archive by clicking the EPIC code.