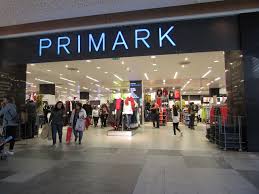 Associated British Foods plc (LON:ABF) has today issued the following update prior to entering the close period for its interim results for the 24 weeks to 29 February 2020, which are scheduled to be announced on 21 April 2020.

We have adopted IFRS 16 from this financial year and the forthcoming interim results will be our first to be reported under this new accounting standard. Under our chosen transition option, the results for the prior period will not be restated. Primark is our only business where this change will result in a material effect on operating profit and so, to understand its underlying business performance, the commentary for Primark is on a lease-adjusted basis. Commentary for the group is on both a reported and a lease-adjusted basis.

The average exchange rate for sterling against our major trading currencies, other than the US dollar, was stronger in the first half than in the comparable period last financial year and, consequently, there will be a loss on translation in the first half of some £6m. In the second half, with a higher contribution of overseas profits, there will be a more significant loss on translation if current exchange rates are unchanged.

For the half year, we expect sales growth for the group and expect adjusted operating profit to be ahead of last year on both a lease-adjusted and reported basis. On a lease-adjusted basis we expect adjusted earnings per share to be ahead of last year, with lower net financial expenses offsetting an increase in the effective tax rate. On a reported basis, the dilutive effect of the adoption of IFRS 16 on earnings will result in a small reduction in adjusted earnings per share in the first half.

We expect strong growth in adjusted operating profit in the second half, driven by profit growth for Primark and a second half weighting of the AB Sugar profit recovery. As a result, our outlook for the full year for the group is unchanged with progress expected, on both a reported and a lease-adjusted basis, in adjusted earnings per share.

Following the outbreak of COVID-19 in China, our main priority is the health and safety of our colleagues and we are taking all possible actions to support them. At the same time, each of our businesses are closely monitoring the current and potential effects on their operations of the outbreak. The effect on supply chains for businesses dependent on Chinese sourcing continues to evolve.

A number of our food businesses have operations in China. The Chinese sugar campaign was completed in January before the outbreak developed significantly. Our AB Mauri, AB Agri and Ovaltine factories are operating, but at reduced capacity due to labour and logistics constraints.

Primark sources a broad assortment of its product from China. We typically build inventories in advance of Chinese New Year and, as a consequence, are well stocked with cover for several months and do not expect any short-term impact. We are working closely with our suppliers in China to assess the impact on their factories and supply chains and their ability to fulfil our current orders. If delays to factory production are prolonged, the risk of supply shortages on some lines later this financial year increases. We are assessing mitigating strategies, including a step up in production from existing suppliers in other regions.

Revenue in the first half is expected to be in line with last year at constant currency, with higher sales at George Weston Foods in Australia and the first contribution from Anthony’s Goods in the US offset by lower sales at Allied Bakeries. Margin and operating profit will be ahead, benefiting from a higher margin in ACH and reduced operating losses at Allied Bakeries. Furthermore, last year included a £12m one-time cost for the closure of the Twinings tea factory in China.

Twinings revenues were ahead of last year, driven by growth in black teas and excellent sales of herbal teas. Ovaltine revenues were held back by a slow start in Thailand, partially offset by sales growth in China, Brazil and Switzerland driven by new products and expanded distribution. Margin at Twinings Ovaltine improved, benefiting from the tea supply chain improvements delivered last year.

AB World Foods achieved good sales growth in the period, driven by strong sales at Blue Dragon in the UK and increased Patak’s sales in Europe and North America. As expected, Allied Bakeries revenues declined but the operating loss was reduced with our ongoing programme of cost reductions more than offsetting the loss of contribution from lower sales.

At the start of February there was a fire at our Wakefield Speedibake factory, resulting in significant damage. The site was safely evacuated, and we have comprehensive insurance for property damage and business interruption.

At ACH in the US sales of Mazola corn oil increased, delivering further market share gains, and margins improved. At George Weston Foods in Australia both Tip Top and the Don meat business achieved sales growth and Yumi’s continued to grow strongly.

AB Sugar revenue is expected to be ahead of last year in the first half due to higher EU sugar prices and increased export sales at Illovo. These higher EU prices, combined with reductions in the costs of sugar production, will deliver an increase in operating profit for the first half. Most of the improvement in sugar profit this year will be delivered in the second half as a result of phasing of Illovo profit and a further realisation of the increase in sugar prices in our EU businesses. Operating profit for the full year remains in line with our expectations.

Our UK and Spanish businesses have now largely completed contracting sales for this financial year. EU prices have remained at levels significantly higher than last year and the recent increase in the world market sugar price should provide further support to EU prices in the medium term.

UK sugar production is expected to be 1.18 million tonnes this year, up on last year, with a recovery in sugar yield more than offsetting the reduction in crop area. The campaign is entering its final stages and is progressing well.

In Spain, operating profit has benefited significantly from the lower beet prices contracted with growers last year, coupled with higher sugar prices. Beet sugar production will be lower than last year at 210,000 tonnes due to the reduction in contracted crop area in the north, which will however be compensated for by an increase in raws refining.

The campaign in China has now completed. A much better-quality crop and the linking of some grower payments to the sugar content of their beet has resulted in a significantly reduced operating loss for the period. Sales are in line with last year, with lower production at 125,000 tonnes being offset by higher domestic sugar prices.

At Illovo, revenues were ahead of last year, however this was driven mainly by export sales which had a much lower margin. Our higher-margin domestic sales in South Africa fell in the first quarter due to increased imports and a decline in consumption in that developed market. Sugar production in the first half was limited by heavy rains in a number of countries, but for the full year is expected to be broadly in line with last year at some 1.7 million tonnes.

Revenue at AB Agri will be ahead of last year in the first half, while we expect operating profit to be broadly in line with last year. Our UK feed business experienced higher supply chain costs, lower prices for sugar beet feed and reduced exports to mainland Europe. This was partially offset by strong feed enzymes sales at AB Vista, particularly in the Americas.

Revenue in the first half is expected to be ahead of last year, however adjusted operating profit will decline with a lower margin at ABF Ingredients.

AB Mauri will deliver sales and operating profit growth. The US business performed well, with strong sales growth in yeast and profit also benefiting from operational efficiencies. Italmill, the specialist bakery ingredients business acquired in May last year, was successfully integrated. Sales of our high-quality bakery toppings from our new facility in Brazil were ahead of expectation.

At ABF Ingredients, Abitec and SPI Pharma experienced lower sales volumes as a result of increased competition, which was only partially offset by the continuing sales growth by the enzymes business to the feed, food and technical markets.

Sales at Primark are expected to be 4.2% ahead of last year in the first half at constant currency and 2.5% ahead at actual exchange rates, driven by increased retail selling space and level like-for-like sales. With the expected decline in margin, operating profit is expected to be marginally down on last year at constant currency and on a lease-adjusted basis. On a reported basis operating profit will be ahead of last year.

In the UK we delivered a further increase in our share of the total clothing, footwear and accessories market. Sales are expected to be 3.0% ahead of last year, driven by a strong contribution from new selling space partially offset by a 1.3% decline in like-for-like sales. Trading was particularly good over November and December but weakened in January and February against very strong comparatives in the prior year.

Sales in the Eurozone are expected to be 5.3% ahead of last year at constant currency with particularly strong sales growth in France, Belgium and Italy. Our new store in Milan traded ahead of expectation and our store in Ljubljana, Slovenia continued to trade strongly. Like-for-like sales for the Eurozone were 0.5% ahead, continuing the much-improved performance reported in the January trading statement. This was driven by excellent like-for-like sales in France and Italy and, at this early stage, a notable improvement in Germany which was delivered through a series of operational changes made by the new management team.

Our business in the US continued to perform strongly, delivering like-for-like sales growth, with particularly strong trading at the store in Brooklyn. Together with the contribution from the planned store openings at American Dream, New Jersey and Sawgrass Mills, Florida, we expect a much-improved operating result for the year.

As expected, margin was lower in the first half than in the same period last year. Purchases this year were contracted at a much stronger US dollar exchange rate than for purchases last year, but the effect was substantially mitigated by both reduced markdowns and reductions in the costs of goods, primarily lower materials prices.

Retail selling space increased by 0.2 million sq ft since the financial year end and, at 29 February 2020, 375 stores will be trading from 15.8 million sq ft compared to 15.1 million sq ft a year ago. Three new stores were opened in the period: Seville Lagoh in Spain; Kiel in Germany; and Milan Fiordaliso in Italy. In addition, we relocated to larger premises in the Norte shopping centre in Porto, Portugal and the Norwich store in the UK was extended. Selling space was reduced in two stores in Germany and a small store in Rathfarnham, Ireland was closed.

We expect to open 0.9 million sq ft of new selling space in this financial year. A strong opening programme is planned for the next quarter, with a net 0.5 million sq ft of additional selling space. New stores will open in: Trafford Centre, Manchester in the UK; American Dream in New Jersey, US; Lens, Strasbourg, Paris Plaisir and Paris Belle Epine in France; Maximo in Rome, Italy; Mons in Belgium; Barcelona Plaza de Cataluña in Spain; Gropius Passagen in Berlin, Germany; and Warsaw, Poland.