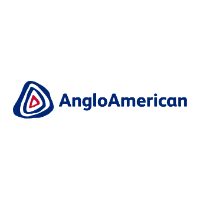 The boards of Anglo American ( LON:AAL), Anglo American Projects UK Limited (“Bidco”) and Sirius Minerals Plc (“Sirius”) are pleased to announce that they have reached agreement on the terms of a recommended cash acquisition pursuant to which Bidco shall acquire the entire issued and to be issued share capital of Sirius. The Acquisition is intended to be effected by means of a scheme of arrangement under Part 26 of the Companies Act.

Under the terms of the Acquisition, Sirius Shareholders shall be entitled to receive:

The Offer Price represents a premium of approximately:

·           The Acquisition values the entire issued and to be issued share capital of Sirius at approximately £404.9 million.

·           If, on or after the date of this announcement and on or prior to the Effective Date, any dividend, distribution or other return of value is declared, made or paid by Sirius on the Sirius Shares, the Offer Price shall be reduced correspondingly. In such circumstances, Sirius Shareholders would be entitled to retain any such dividend, distribution or other return of value declared, made or paid.

·           Anglo American identified the Project as being of potential interest some time ago, given the quality of the underlying asset in terms of scale, resource life, operating cost profile and the nature and quality of its product. The Project has the potential to fit well with Anglo American’s established strategy of focusing on world-class assets, particularly in the context of Anglo American’s portfolio trajectory towards later cycle products that support a fast-growing global population and a cleaner, greener, more sustainable world. The key elements underlying the rationale include:

·      Asset quality: Anglo American believes that the Project has the potential to become a world-class, low-cost and long-life asset. Sirius has progressed the development of the Project to an advanced stage, with construction now under way for over two years. Sirius has indicated that this is currently the world’s largest known high-grade polyhalite deposit with a JORC Reserve of 290 million tonnes, with a grade of 88.8%, and a Resource of 2.69 billion tonnes. The Resource indicated by Sirius has the scale, thickness and quality to be mined efficiently through a relatively simple, low-energy, non-chemical production process. Sirius has indicated that the Project could operate at an EBITDA margin potentially well in excess of 50% leaving the Project well positioned for strong through-the-cycle profitability with an anticipated long asset life.

·      Development pathway: At this stage, the Project requires a significant amount of further financing to develop and commission the operation that has proven challenging for Sirius to procure on an economic basis. Anglo American, as one of the world’s leading mining companies, has the resources and capabilities to help build on the achievements of the Sirius team. Anglo American remains committed to its disciplined capital allocation framework. In the first two years after successful completion of the Acquisition, development work on the Project is expected to be broadly in line with Sirius’ revised development plan although Anglo American intends to update the development timeline, optimise mine design and ensure appropriate integration with its own operating standards and practices. During this period and subject to the update, development work of approximately US$300 million per annum is expected. Anglo American believes that there is the potential for long-term benefits from Anglo American’s technical expertise in both the development and operational phases, as well as from Anglo American’s recognised Operating Model to drive safety and productivity to world-leading standards. Integration into Anglo American’s global marketing network would provide full mine-to-market capabilities and build on Anglo American’s institutional experience in the world’s major fertiliser markets.

·      Premium product: Sirius’ polyhalite product, POLY4, is a multi-nutrient fertiliser certified for organic use and has the potential to generate demand at a competitive cost that supports a strong margin. POLY4 is an attractive low-chloride alternative to, and for blending with, traditional fertiliser products on a cost-effective basis. It includes four of the six key nutrients that plants need to grow – potassium, sulphur, magnesium and calcium. The use of fertilisers is one of the most effective ways to improve agricultural yields and therefore help to address the anticipated future imbalance between food, feed and biofuel demand and supply caused by a fast-growing global population and limited additional land availability for agricultural use.

·           Accordingly, the Sirius Directors intend to recommend unanimously that Sirius Shareholders vote in favour of the Scheme at the Court Meeting and the resolutions to be proposed at the General Meeting as the Sirius Directors who hold Sirius Shares have irrevocably undertaken to do or procure to be done in respect of their own beneficial holdings, amounting, in aggregate, to 172,462,637 Sirius Shares representing, in aggregate, approximately 2.46 per cent. of the issued share capital of Sirius as at 16 January 2020 (being the latest practicable date prior to this announcement).

·          It is intended that the Acquisition will be effected by means of a scheme of arrangement of Sirius under Part 26 of the Companies Act, further details of which are contained in the full text of this announcement (and will be included in the Scheme Document). Anglo American and Bidco reserve the right to implement the Acquisition by way of a Takeover Offer, subject to the Panel’s consent and the terms of the Co-operation Agreement.

·          The Acquisition is subject to further conditions and terms set out in Appendix I to this announcement, including the receipt of the relevant clearances from the competition and regulatory authorities.

·          Bidco and Sirius intend to work together (to the extent legally permissible) to engage constructively with relevant stakeholders.

Commenting on the Acquisition, Russell Scrimshaw, Chairman of Sirius, said:

“Four months ago, following the setbacks in the bond market, we took the difficult decision to slow the pace of development of our project and initiate a strategic review to reassess how best to unlock the long term value for our Shareholders, the community, the UK, and our customers all around the world.

“The scope of the strategic review was to consider and incorporate optimisations to the Project development plan and to explore alternative funding solutions, including looking for a strategic partner to acquire a minority interest in the Project to provide those funds and support the senior debt financing required to complete the Project.

“We were successful in reducing the initial funding needs of our Project to map out a way to develop the Project in a way that better aligned risk to capital providers but, despite an extensive global search for a strategic investor, we have to date not received a firm proposal for a partial Project stake. The only viable proposal was received from Anglo American in early January, who were only interested in pursuing a 100% control transaction.

“Alternative financing solutions have also been pursued in parallel to the strategic partner process, which resulted initially in a non-binding proposal being received in December 2019 and subsequently a revised proposal being received on 9 January 2020. However, in the opinion of the Sirius Board and its advisers, the terms of the proposal received and the conditions attached are not acceptable in their current form. It is highly unlikely that acceptable revisions to this financing proposal can be delivered and implemented by the end of March 2020.

“We acknowledge that to many Shareholders our decision as a board to recommend this offer will have come as a shock. Your board deeply regrets that we could not deliver the complete stage two financing in 2019 despite a very broad and thorough process. Going into the strategic review the Sirius Board’s strong preference was a solution that allowed current Shareholders to participate as fully as possible in the future development of the Project. Following the strategic review process it is clear that no such options are currently available to us and in that context Anglo American’s offer is the only feasible option.

“We also recognise the returns that this offer would represent are not what either our shareholders or the Sirius Board had previously hoped for. We regret that we are not able to deliver on our long-term goal of Sirius being able to deliver the Project into production, although we assure all stakeholders that the team has worked tirelessly and diligently over the last nine years to try and achieve that. However, given the current cash constraints of Sirius, and lack of realistic and deliverable alternative financing and development options, we believe this to be a fair approach from Anglo American, a company committed to approaching the Project in the right way, and with the resources to complete the job.

“We now face a stark choice. If the Acquisition is not approved by Shareholders and does not complete there is a high probability that the business could be placed into administration or liquidation within weeks thereafter. This outcome would most likely result in Shareholders losing all of their investment, as well as put the future of the entire Project, and its associated benefits for the local area and the UK, at risk.

“This is the context in which your board must assess the offer for your company and, having given due consideration, your board believes the Acquisition to be in the best interests of Sirius and all of its stakeholders, providing Shareholders with some financial return.”

“Anglo American’s recommended offer provides greater certainty for Sirius’ Shareholders, employees and wider stakeholders, while bringing the prospects for the development of this potential Tier 1 Project closer to reality. We intend to bring Anglo American’s financial, technical and product marketing resources and capabilities to the development of the Project, which of course would be expected to unlock a significant and sustained associated employment and economic stimulus for the local area.

“The addition of the Project supports our ongoing transition towards supplying those essential metals and minerals that will meet the world’s evolving needs – in terms of the undoubted need for cleaner energy and transport, and providing infrastructure and food for the world’s fast-growing and urbanising population. Our development of the Project in the years ahead reinforces the quality of our portfolio and our long-term growth profile, further enhancing our ability to deliver leading returns on a sustainable basis and enduring value for all stakeholders.”