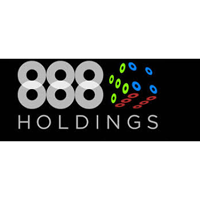 888 Holdings Solid progress in second half

888 Holdings (LON: 888), one of the world’s most popular online gaming entertainment and solutions providers, has today reported a post-close trading update in respect of its Full Year results for the year ended 31 December 2019.

As a result of 888’s continued progress during the second half of the financial year culminating in December’s revenue at an all-time monthly record, the Board remains confident of achieving an adjusted EBITDA outcome for the Period in-line with its expectations.

888’s performance has been underpinned by the continued success of the Group’s Orbit casino platform across a number of regulated markets as well as further good revenue growth in Sport.

Poker has remained a challenging market for 888. However, the Group has been pleased by progress made in the first-phase roll out of its new poker platform, Poker 8, which took place during the second half of the year. The Group is looking forward to adding a number of exciting new product features and rolling out the final-phase platform across the Group’s poker markets during 2020.

In the UK, the Group has continued to increase revenue reflecting its sustained focus on engaging with and entertaining recreational customers. In Italy, the Group has continued to perform well during the second half of the year delivering further growth driven mainly by the continued success of Casino. As reported in the Group’s Half Year results, revenue from Spain during the Period was impacted by the launch of competitors’ shared poker liquidity networks between Spain, Portugal and France. The Group has been encouraged by the early performance of its shared liquidity network between Portugal and Spain, which launched in July, as well as by continued progress in the Swedish and Romanian regulated markets throughout the Period.

In line with 888’s strategic focus, the proportion of Group revenue generated from regulated markets has increased year-on-year.

“The Group has delivered solid progress in the second half of the financial year underpinned by continued momentum in Casino and Sport. We are very encouraged by the growth in new customers during 2019 with a record of more than one million new customers signing up to 888’s brands during the year. In addition, we were very pleased to end the year with a record revenue month in December.

2019 saw a number of key strategic developments for the Group including the acquisition in March of a sports betting platform and an outstanding sports team based in Dublin. The Post-Merger Integration plan is progressing in line with expectations and 888 remains on track to launch its first proprietary sport product during the first half of 2020. New product development has remained a key focus and competitive advantage for 888 and the success of our Orbit platform across multiple regulated markets during 2019 has been a major achievement for the Group.

We have delivered a strong recovery in our UK business underpinned by a clear and unwavering focus on entertaining recreational customers in a safe and secure environment. Continuous investment in further enhancing responsible gaming processes and tools across all markets will remain a key focus for the Group.

888 has entered 2020 with good momentum across several regulated European markets and, underpinned by further investment in our team, marketing and product development, we remain focused on achieving further progress in the US. With 888’s core strengths as a responsible operator with outstanding technology and diversification across a number of regulated markets, the Board remains confident of further progress in the year ahead.”

You can read the full 888 archive by clicking the EPIC code.