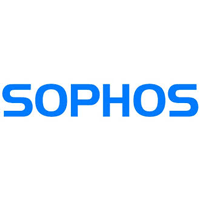 o Positive initial customer response to Intercept X Advanced with EDR, following a successful launch at the end of the third-quarter

o Network saw a small benefit from the launch of XG Firewall v17.5 late in the period, albeit overall Network subscription growth was offset by lower hardware billings

o We now expect the trends in the third quarter to generally continue into the fourth quarter, which would result in a modest decline in full-year constant currency billings

· Revenue increased by 14% YTD on both a reported and constant currency basis, principally driven by continued growth in subscription revenue

o Subscription revenue increased by 18% YTD and 15% in the third-quarter at constant currency, benefiting from prior-period subscription billings and offsetting a reduction in hardware revenue

o Deferred revenue increased by 8% year-over-year (“YOY”), as a result of the deferral of billings net of the impact of currency movements from the strengthening of the US dollar in the period

· Cash flow performance was strong, in the context of a strong prior-year comparative period

“Sophos remains strongly positioned from a technology, product, and strategic perspective. We are confident in our strengthening product platform and how it positions us for the future.”

The results for FY18 have been restated for the adoption of IFRS 15 “Revenue from contracts with customers”. The restatement is consistent with the expected impact disclosed in the Annual Report and Accounts for the year-ended 31 March 2018.

The Sophos Group is a leading global provider of cloud-enabled enduser and network security solutions, offering organisations end-to-end protection against known and unknown IT security threats through products that are easy to install, configure, update and maintain. For further information please visit: www.sophos.com. The Group has over 30 years of experience in enterprise security and has built a portfolio of products that protects 327,000 organisations and over 100 million endusers in 150 countries, across a variety of industries.