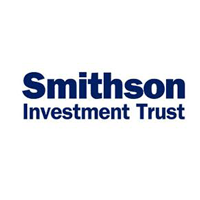 I am pleased to present the first Interim Financial report of Smithson Investment Trust Plc (“the Company”) following the successful launch of the Company. The Company raised a total of £822.5 million through its initial public offering, which was the largest amount that has been raised by any investment trust IPO. This gave us a very strong base upon which to build. The Company’s shares commenced trading on the Main Market of the London Stock Exchange on 19 October 2018 and the Company entered the FTSE 250 Index in December.

This report covers the period from the date of the Company’s incorporation on 14 August 2018 to 31 December 2018 and is the first report for our extended first financial year which will end on 31 December 2019.

As Chairman of the Company, I would like to extend a warm welcome to all our shareholders at the time of this first report.

As explained in more detail in the Manager’s Review, the period from launch to 31 December 2018 saw rather volatile global markets. However, it is notable that the Smithson NAV total return and share price both beat the Company’s reference index, the MSCI World SMID Index (‘SMID Index’), albeit this was a very short period. The performance of the Company since the period end was much stronger. As at 28 February 2019, the NAV had increased to 1,063.2p, whilst the share price had risen to 1,105.0p representing a premium of 3.9%.

Demand for the Company’s shares has continued and the Board has utilised the placing programme (as described in the prospectus) to issue further shares. During the period from the initial listing of the Company’s shares up until 31 December 2018, a net amount of £16.5 million was raised through the issuance of 1.65 million shares, with a further 5.2 million shares issued since the period end (raising net proceeds of £54.7 million). The new shares issued in the period, were issued at an average premium to NAV of 3.4%. As at the date of this report the Company’s market capitalisation is in excess of £980 million.

The Company’s principal objective is to provide shareholder returns through long-term capital appreciation rather than income. A net revenue profit of £557,000 was made in the period, but, in accordance with the Company’s policy, an interim dividend has not been declared by the Board.

Since the start of 2019, global equity markets have shown a degree of recovery, despite ongoing global political and macro-economic uncertainties. It is pleasing to note that both our NAV and share price have grown strongly since the period end, with both measures having now comfortably outperformed the SMID Index since launch. The Investment Manager continues to seek attractive investment opportunities for any further capital raised through share issuance.

You can read the full SSON archive by clicking the EPIC code.