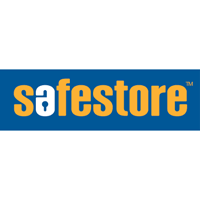 ·      Group like-for-like3 revenue in Q3 in CER1 increased 4.2% with good performance in both geographies

“I am pleased to report another good performance in the third quarter despite annualising a strong third quarter in 2018. Our top priority remains the significant organic growth opportunity represented by the 1.4m square feet of unlet space in our existing fully invested estate.

“Our recent openings in London (Paddington Marble Arch and Mitcham) and Paris (Pontoise), are performing in line with or better than their business plans. I am also excited by our entry into the Dutch market with the formation of our joint venture with Carlyle and the subsequent acquisition of M3 Self Storage, as well as our new sites at London Heathrow and Gateshead.

“I am confident that our leading market positions in the UK and Paris and our resilient business model leave us well positioned. The Company has started the fourth quarter well and remains on course to meet the Board’s full year expectations.”

The UK business grew revenue by 4.3% in the quarter with like-for-like revenue also growing by 4.0%. Performance was good across the UK with London and the South East up 2.6% and regional UK up 6.1%.

The third quarter is traditionally the busiest period of the Group’s financial year. The UK business built on the strong third quarter of 2018 and achieved a record number of like-for-like new lets in the period and added 260,000 sq ft of like-for-like occupancy since the end of Q2 (2018: 230,000 sq ft added). As a result, Q3 like-for-like closing occupancy, at 77.1%, increased by 1.5 percentage points compared to the prior year and by 4.5 percentage points compared to the position at the end of Q2.

In 2018 we opened new stores at London- Paddington Marble Arch and London- Mitcham which are not included in the like-for-like figures. Both stores are performing in line with or ahead of their business plans.

Paris had a strong quarter, growing revenue by 7.1% compared to last year.

On a like-for-like basis the business grew revenue by 6.1% for the quarter driven by an occupancy increase of 5.3% compared to Q3 2018.

Like-for-like average rate in Paris was up 0.5% in the quarter showing improving momentum. Typically, rates in our suburban stores are significantly lower than in our central Paris stores. Excluding our lower price suburban Emerainville and Combs-la-Ville stores, which opened in September 2016 and June 2017 respectively, from the like-for-like portfolio, average rate was up 1.9% throughout the period.

Our new 65,000 sq ft freehold store at Pontoise, in the west of Paris, opened as planned after the period end in August 2019.

As with the addition of all new stores to our estate, the impact of the new stores opened in August 2018 at Poissy and in August 2019 at Pontoise is to dilute total average rate and occupancy in the initial period after trading commences. Both stores are trading ahead of our business plan.

The impact of the small Sterling fluctuations compared to Q3 2018 contributed to the total Sterling equivalent revenue increasing 6.8% on the prior year.

Joint Venture with Carlyle and Acquisition of M3

As announced on 19 August 2019, Safestore has invested in a 20% stake in a joint venture with Carlyle to invest in carefully selected self-storage opportunities in Europe. Safestore has developed a highly scalable platform in self-storage built on leading marketing and operational expertise. This platform is proven to work across geographies and Safestore sees an opportunity to leverage the platform in regions outside of its existing footprint in the UK and Paris.

M3, which has assets with an unaudited proforma book value of €21.5m at the date of completion, has six prime locations in Amsterdam and Haarlem with one of the sites currently under construction. The three stores in Haarlem are all freehold whilst two of the Amsterdam stores are subject to perpetual Ground Leases. The third Amsterdam store is a leasehold store with nine years remaining on the lease. The construction of the sixth store has now been finalised and completion of the acquisition of M3 took place on 31 August 2019. The business has 25,700 sq metres (277,000 sq ft) of MLA and an occupancy of 68%.

The Group’s investment in the JV is expected to be immediately accretive to Group earnings per share from completion and will support the Group’s future dividend capacity.

In August 2019 we acquired a long leasehold 1.6 acre site with an existing building in Gateshead, North East England. The lease has 130 years remaining. Subject to planning permission we plan to convert the building into a 40,000 sq ft store and anticipate opening the store in Summer 2020.

In addition (also as announced on 19 August 2019), Safestore has acquired Salus Services Ltd, the owner of a 34,000 sq ft MLA freehold store from Rockpool Investments for £6.5m in cash, funded from the Group’s existing resources. The store was previously operated by Ready Steady Store and is located on the Parkway Trading Estate near Heathrow Airport to the west of London.

The store, which opened in 2015, is currently trading at an occupancy of 86%. The Group anticipates that the first year initial yield will be c. 5.5%.

The Group will rebrand the store and has taken over operation of the site with immediate effect.

Reflecting normal industry trading patterns, we anticipate a reduction in occupancy in Q4 compared to Q3 although the fourth quarter has started solidly.  The Company is in a strong position and on course to meet the Board’s full year expectations.

1 – CER is Constant Exchange Rates (Euro denominated results for the current period have been retranslated at the exchange rate effective for the comparative period, in order to present the reported results on a more comparable basis).

3 – Like-for-like information includes only those stores which have been open throughout both the current and prior financial years, with adjustments made to remove the impact of new and closed stores, as well as corporate transactions.

6 – For these purposes Return on Investment is defined as Safestore’s share of the underlying profit after tax (before exceptional items, transaction related costs, property valuation movements and derivative movements) of the JV plus the management fees earned divided by the equity investment in the JV

You can read the full SAFE archive by clicking the EPIC code.