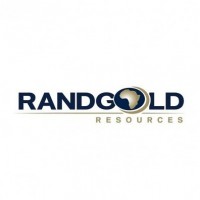 Randgold Resources (LON:RRS) Morila, Mali, 8 October 2018 – The Morila gold mine’s ambitious agribusiness project, designed to replace mining with a sustainable economic activity in the local community after the operation’s closure in two years’ time, has been approved by the Malian government.

In a ceremony at Morila today, attended among others by Mali Prime Minister M Soumeilou Boubeye Maïga and Minister of Mines & Petroleum Mme Lelenta Hawa Baba Ba, Randgold Resources chief executive Mark Bristow said the project would support the government’s drive to reduce poverty by promoting the agricultural sector. He noted that 80% of Mali’s population relied on agriculture, which accounted for 45% of the country’s GDP and it was estimated that as much as 50% of agricultural produce was wasted by the lack of processing industries.

“Converting Morila’s infrastructure into a base for an agri-industrial zone will not only develop an alternative economy in this region but will also create a centre of excellence for agriculture in Mali,” Randgold Resources chief executive Mark Bristow said.

“This is a very complex project which has already brought together entrepreneurial experts in agriculture and will continue to do so. Through its project partner Songhai of Benin, Morila will work with these parties to attract businesses to Morila. It has been agreed to establish an NGO to be the main vehicle for this enterprise and work together with the local community, the regional council and the former workers’ association.”

Bristow said government should now make strategic investment and tax decisions to promote a stimulating business environment for the project, with a particular emphasis on improving the regional infrastructure to provide access to markets.

BACKGROUND: The Morila gold mine is operated by Randgold and managed entirely by Malians. It is a joint venture between Randgold (40%), AngloGold Ashanti (40%) and the State of Mali (20%) and is situated 280 kilometres southeast of the Mali capital of Bamako. Morila has produced more than 6Moz of gold since mining started from the open pit in 2000 and has contributed more than $2 billion (CFA 1 138 billion) to local stakeholders in the form of royalties, direct and indirect taxes and dividends to Government, as well as payments to local suppliers, local salaries and community investment. Every year since 2010, Randgold’s operations in Mali, which include the Loulo-Gounkoto complex – one of the world’s largest gold mines – have accounted for some 6% of Mali’s GDP.

You can read the full RRS archive by clicking the EPIC code.