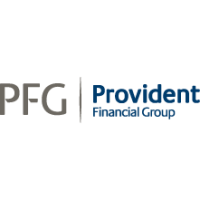 1. that there may be an undercapitalisation of the enlarged group on a pro-forma basis as a result of the combination with NSF, potentially requiring a capital raise;

3. an overly positive perspective on NSF’s own headline financial performance, despite reporting statutory losses since incorporation;

4. a reduction of NSF shareholders’ equity since incorporation through shareholder distributions, many of which NSF has admitted were unlawful, and repeated statutory losses; and

5. that NSF appears to be overvalued relative to other UK lenders, especially taking into account its financial performance.

Provident’s findings in relation to the financial position of NSF, following a detailed review, are summarised below and in a presentation, titled “NSF: a different perspective”, setting out the analysis in more detail, which can be found at https:www.providentfinancial.com/investors/unsolicited-offer/.

1. Undercapitalisation of the enlarged group as a result of the combination with NSF, potentially requiring a capital raise

When applying CRD IV capital rules, which NSF would reasonably be expected to comply with after a potential combination, it appears to Provident that NSF may have a significant regulatory capital deficit. The Provident Board believes that, on a combined pro-forma basis, including the impact of deducting goodwill and intangibles for regulatory capital purposes and the effect of the proposed re-capitalisation and demerger of Loans at Home, for the enlarged group to achieve the same CET1 ratio as Provident as at December 2018, it would require c. £76m of additional equity capital resources.

When combined with transaction costs, potential add-ons for operational and governance risk and integration costs, the pro-forma capital shortfall could be expected to completely absorb Provident’s current capital headroom and potentially create a further deficit. On this basis, it is estimated that the pro-forma combination may not comply with Provident’s equivalent CET1 ratio requirement, potentially resulting in a requirement for the combined group to generate or raise incremental capital of at least £130m to allow the enlarged group to return to a CET1 ratio equal to Provident’s ratio at 31 December 2018.

If NSF seeks to rely solely upon fair value accounting uplifts to fill a capital deficit, any such accounting adjustments would not improve the recoverability of the underlying assets and the Provident Board would question whether it is appropriate to fill a regulatory capital deficit in this way.

Furthermore, concerns around the capital strength of the enlarged group (as a result of having to support a potential capital deficit at NSF) could have a negative impact on its credit ratings, its ability to raise funding, the cost of such funding and its interactions with lending banks, including the agreement of its banking facilities.

2. There are significant headwinds for NSF, indicated by its own financial data on gearing and provisioning

· NSF’s gearing ratio has risen dramatically, and disproportionately versus its peers in recent years, potentially reducing its financial flexibility. Provident Shareholders could justifiably be concerned about NSF’s ability to raise funding and about the cost of such new funding.

· NSF’s coverage ratios for branch-based lending and guarantor loans are lower than those of H&T and Amigo. NSF could therefore be exposed to a deterioration in credit quality.

3. NSF has presented an overly positive perspective on its own headline financial performance, despite reporting statutory losses since incorporation

· NSF’s disclosure has focused on a positive presentation of its profit performance, with a number of exclusions and adjustments to the statutory financial results. These adjustments include fair value adjustments to the loan book and amortisation of intangibles, as well as omitting the interest expense of funding its loan book, which the Provident Board believes distorts NSF’s historical profitability disclosures.

4. Reduction of NSF shareholders’ equity since incorporation through shareholder distributions, many of which NSF have admitted were unlawful, and repeated statutory losses

· NSF has focused on its capacity to pay dividends and effect share buy-backs, but the reality is that these have been paid out of funds raised from shareholders or increasing indebtedness, not from post-tax earnings generation.

· Whilst NSF highlights sustained normalised operating profit growth in its financial statements, the reality is that NSF has yet to report a statutory profit in any financial year since incorporation and has accumulated retained losses of over £58m.

5. NSF appears to be overvalued relative to other UK lenders, especially taking into account its financial performance

· Given the available financial information and the concerns highlighted above, the Provident Board questions NSF’s market valuation.

· NSF has, in its short history, acquired four businesses, the accounting for which may complicate its returns profile and make it challenging to understand its valuation relative to comparable businesses that have not been as acquisitive.

The above findings regarding NSF’s financial position strengthen the Provident Board’s view that NSF is not suitable or competent to acquire and manage Provident, which is more complex, dual-regulated and approximately eight times the size of NSF.

The Provident Board further believes that the findings and conclusions described above and in the presentation linked to this announcement, and in particular the findings and conclusions in relation to regulatory capital, affect the information NSF will have been required to submit to the PRA and FCA in connection with its applications for approval of the acquisition, and consequently copies of this announcement and the associated presentation are being shared with the PRA and the FCA.

NSF has now, by its own admission, spent some three months discussing the Offer with the CMA, but it has nonetheless failed to commence the formal CMA Phase 1 review which could well take a further three months. This highlights the serious competition problems this Offer presents, and nonetheless NSF apparently intends to waive the CMA condition to the Offer by 5 June 2019.

The CMA has a duty to refer a merger for a Phase 2 investigation if it believes there is a “realistic prospect” that the merger will result in a substantial lessening of competition absent the offer of a suitable remedy that provides a “clear cut” solution to the competition concerns. Having taken advice, the Provident Board believes that neither the demerger proposed by NSF, nor any disposal of Loans at Home would provide a “clear cut” solution, and consequently there is a very material risk of a Phase 2 reference by the CMA.

Ordinarily, an offer would lapse when referred to review at Phase 2. However, if NSF waives the CMA condition, each of the FCA and the PRA approves the acquisition and the Offer has otherwise been declared unconditional in all respects, the Offer would close. In such a scenario, Provident Shareholders, as holders of 88% of the enlarged group, would suffer the significant majority of the value destruction that the Provident Board fully expects would result from the NSF and Provident groups being held separate and under independent management in accordance with the CMA’s Initial Enforcement Order of 22 February 2019, potentially throughout a Phase 2 review of six months or more. In addition, Provident Shareholders would also bear the significant majority of the risk ultimately of there being no adequate remedy and the acquisition having to be unwound.

The Provident Board has serious concerns about the underlying financial and operating performance of NSF and whether the current market capitalisation is a true reflection of the fundamental value of the NSF Group. With respect to both capital and profits, the Provident Board believes that the conclusions presented here make it even more apparent that NSF’s Offer, if successful, would benefit NSF by mitigating its own weaknesses with Provident’s strengths, resulting in a materially weaker pro-forma combination for Provident Shareholders.

Further, the Provident Board strongly believes the risks associated with a CMA Phase 2 review and possible unwinding of the acquisition are not risks the Provident Shareholders should bear.

Given all of this, and the Board’s belief that the NSF Offer has significant flaws and would be value destructive, the Provident Board continues to urge its shareholders to take no action in relation to the Offer.