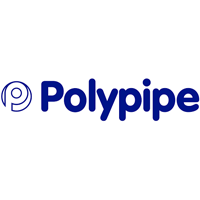 Polypipe Group plc (LON: PLP), a leading provider of sustainable water and climate management solutions for the built environment, has issued an update on trading for the 10 months ended 31st October 2019.

· Trading in the last four months reflects strong 2018 comparatives and short term political and economic uncertainty impacting our markets, with Group revenue 1.7% higher than the prior year. Since the end of October, this has been compounded by flooding and poor ground conditions, most notably in the North and the Midlands, meaning contractors and developers have not been able to access sites for civils and groundworks activities

· Against this backdrop, the Board now expects underlying operating profit for the year to be just below its previous expectations

Performance in the Residential Systems segment in the four months ended 31 October 2019 was broadly consistent with the first half of the year with revenue 7.9% higher than the prior year, with a robust performance against strong comparatives in difficult market conditions boosted by a healthy contribution from Manthorpe Building Products, which was acquired in October 2018. This leaves revenue for the ten months ended 31 October 2019 8.2% higher than the prior period. Manthorpe continues to perform ahead of expectations and the integration programme remains on track to be completed by the end of the year as planned.

Against strong comparatives, the Commercial and Infrastructure Systems segment saw revenue decline by 5.8% in the four months ended 31 October 2019. Trading became tougher in this period with performance impacted by increased project delays in the UK commercial construction sector as political and economic uncertainty impacted investment decisions, partly offset by a good performance in Roads and contributions from the Permavoid business acquired in August 2018 as well as the recently acquired Alderburgh business, both of which are performing to expectations. Revenue for the ten months ended 31 October 2019 is 0.6% lower than prior year on a reported basis after benefitting from a good first half performance.

“Despite increasingly challenging market conditions and the impact of the recent severe weather, we still expect to report good growth in profits, albeit just below our previous expectations. Fundamentals in the Group’s markets remain strong, with a structural housing shortage, historically low interest rates, real wage growth and near full employment which means that we view our future prospects with confidence.”

You can read the full PLP archive by clicking the EPIC code.