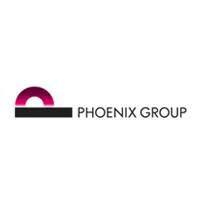 – Capital synergies new target of £720 million (increased from £440 million); with £500 million delivered to date; and

– Capitalised cost synergies new target of £650 million (increased from £415 million); reflecting an increase from £50 million to £75 million per annum.

· AXA and Abbey Life integrations completed ahead of plan and targets, delivering cost synergy benefits of £27 million per annum and cumulative cash generation of £968 million.

“2018 was a very successful year for Phoenix in which we exceeded our cash generation targets, further improved our capital resilience and transformed the business through the acquisition of the Standard Life Assurance businesses.

These results show the strength of our Group and have enabled us to again increase our short and long term cash generation targets.

The transition of the Standard Life Assurance businesses continues to progress well and today we increase the total cost and capital synergy target by 70% from £720 million to £1.2 billion. Our end state operating model will incorporate the best of both legacy businesses and our management bench strength and strategic options as a combined Group have increased significantly.

Phoenix’s substantial new business flows across both our Heritage and Open businesses through our Strategic Partnership with Standard Life Aberdeen bring increased sustainability to our long term cash generation. We are confident about our opportunities to grow in the future both organically and through BPA and acquisitions.”

You can read the full PHNX archive by clicking the EPIC code.

Phoenix Group Holdings Expects to be in upper end of target