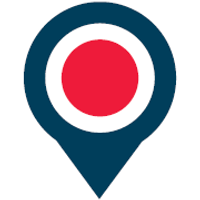 Under the long-term agreement, Andrews Property Group (like other agents contracted to OTM), will promote OnTheMarket.com portal brand and undertake branch-based marketing.

Last week OTM announced that in the 8 months since IPO in February this year, it had doubled the size of its business. It now has listing agreements with estate agents with more than 11,000 agent branches (February 2018: 5,500 agent branches). The announcement also revealed that:

“the traffic to the portal reached a record high of 17.4 million visits during September 2018. This is more than three times the number of visits compared with February 2018. [In addition] in September 2018, the portal delivered record levels of phone and email leads to its estate and letting agent customers. The total figure was more than 4 times those delivered in February 2018.”

With over 11,000 agent branches using OTM, we estimate that its overall market share is over 60%.

Significantly increased marketing spend by OTM will have also helped the “network effects”.

We make no changes to our forecasts, which are set out overleaf (Exhibit 1).

Equity value/office: In our opinion, equity market value per office (i.e. agent branch) is a useful indicator of value. At 146p a share OTM has circa 60% market share and is trading on an equity market cap of £90m, which is £8.2k/office.

In our previous research we observed that “by 2020-21, with the portal delivering an EBIT margin of over 30%, we would expect Onthemarket to trade on over £20k/office, which would be consistent with a fully diluted share price of over 330p a share”.

OnTheMarket continues to grow as branches come off Rightmove