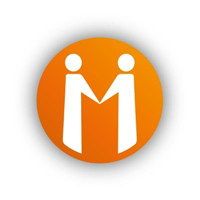 Mortgage Advice Bureau (Holdings) plc (LON:MAB1), one of the UK’s leading networks for mortgage intermediaries, today issues a pre-close trading update for the year ended 31 December 2016, ahead of publishing its final results announcement on Tuesday, 28 March 2017(1).

The Group’s underlying profit before tax for the year ended 31 December 2016 was ahead of market consensus despite the impact of this lull. Following absorption of £0.4m of FSCS supplementary levies in the year ended 31 December 2016 which the FSCS recently announced for life and pensions advisers, general insurers and mortgage advisers, the Group’s profit before tax was marginally ahead of market consensus.

At 31 December 2016, the Group had a balance sheet cash position of over £18m, including over £10m of unrestricted cash balances.

Following confirmation that the Substantial Shareholding Exemption applies to the capital gain arising on MAB’s sale of its 49% stake in Capital Private Finance Limited, no corporation tax is payable on the £2.7m capital gain. Accordingly, the £0.5m balance of the gain not already distributed will be distributed in full to shareholders by way of a special dividend of 1.1 pence per share (2).

The Council of Mortgage Lenders (“CML”) recently published revised estimates for gross mortgage lending for 2016 and 2017 of £246bn and £248bn respectively, as well as publishing their first estimate for 2018 of £252bn; gross mortgage lending growth is therefore expected to be flat for each of 2017 and 2018. MAB remains focused on continuing its long track record of growing market share.

(2) The special dividend will be paid on 3 March 2017 to shareholders on the register at close of business on 10 February 2017.

Peter Brodnicki, CEO of Mortgage Advice Bureau (Holdings) plc, said: “Despite the uncertainty the EU referendum brought to the housing and mortgage markets last summer, MAB has delivered yet another strong performance. Activity levels picked up following the expected summer lull, and from this position the housing and mortgage markets are forecast to be flat over the next few years.

“Our increase in adviser numbers was ahead of our expectations last year and we remain confident about continued growth in 2017 and 2018, both organically and from new Appointed Representatives.

“Regardless of the EU referendum and predictions of flat housing and mortgage markets, MAB’s future growth plans remain unchanged. Our strategy is very clear both in the short and longer term, and the investments made in 2016 form part of our longer term planning to maintain year on year market share growth and further strengthen MAB’s overall market position.”

MAB’s revenue and profit growth is principally driven by rising adviser numbers. We expected MAB to have 940 advisers on 31 December 2016: MAB is ahead of our expectations with 950. Revenue of £92m is within 2% of our £93.5m forecast.

As PBT before FSCS levies is above consensus, we have increased our 2016 PBT, adj EPS and DPS forecasts by 2%, but left our forecast for 2017 unchanged.

You can read the full MAB1 archive by clicking the EPIC code.